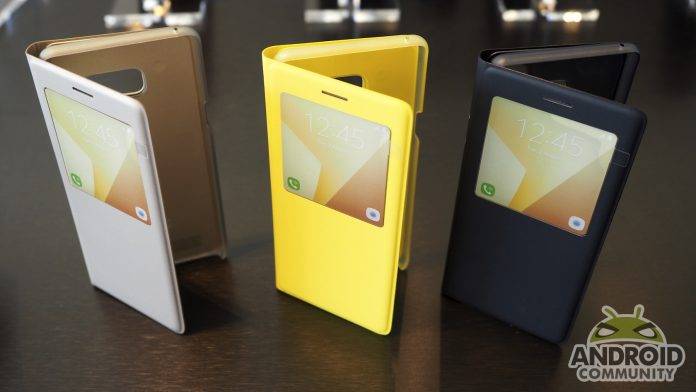 The Galaxy Note 7 brouhaha definitely blew a number of things for the South Korean tech company. Samsung anticipated losing billions and a recent financial report revealed that operating profits went down by 30%. Samsung is believed to be rushing things and decisions that’s why it’s experiencing all these things.

But while they haven’t figured out the exact cause of those overheating and battery explosions, the company needs to do everything in its power to keep the customers and regain the fans’ loyalty. It’s not easy for this industry leader but we know it can and will survive. It’s already believed to be changing its marketing strategy by releasing only one premium flagship device annually. For 2017, we’re looking at the Galaxy S8 which has been part of the rumor mill as early as last month.

Samsung has been making important moves recently to ensure the problem won’t happen again. Another software update was released while Note 7 owners are being offered a Galaxy S8 upgrade program aside from the cash discounts. LG might be tapped for the battery of the next phone.

Samsung is spending over $5 billion for the recall expenses. It has set up booths in several airports for the Note exchange program. The Galaxy S7 or S7 edge is still a bestseller and it has become a worthy alternative to the problematic Note 7.

Samsung sounds positive about the upcoming Galaxy S8 and we’re hoping that by the next phone’s launch, the company already knows the main cause of the problem so they can avoid such form happening again.