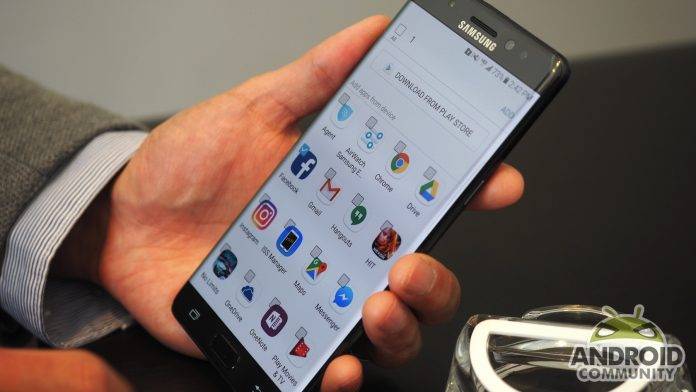 Samsung isn’t letting its customers go away just that. No, it won’t allow Note 7 owners to leave and be dissatisfied so it’s thinking of new ways to keep them. This problem with the Note 7 is perhaps the biggest blow to Samsung and if the company doesn’t change its ways, it will lose more than the estimated figure. We heard that it will launch just one premium flagship phone each year instead of several. If that’s true, then we might only see the Galaxy S8–maybe no more Note 8.

When the first recall was announced, we noted that owners were still sticking with Samsung. That changed after more complaints and new problems were reported. Samsung is in danger of losing its customers because of fear. In fact, Galaxy S7 and S7 edge owners started asking if their batteries are safe. The South Korean tech giant said that they are and there’s nothing to worry about.

To keep their consumers, Samsung is said to be giving cash discounts for future purchases. Those who will stay and get the next Galaxy S8 will be offered discounts towards a new smartphone according to an industry source. No official announcement from Samsung yet but we won’t be surprised if the electronics company does just that.

We know lawsuits are being filed and Samsung wants to keep the consumers especially in South Korea and the United States. Particularly in South Korea, Samsung is offering a voucher worth 30,000 won (US$26) for the Note 7 users once they return the units. There’s also an additional 70,000 ($62) won credit on the monthly mobile bills when they get another Samsung phone as replacement.

Some Note 7 owners are believed to be reluctant to return their phones because of the limited options. It’s estimated that only ten percent of the half a million Note 7 users have returned their mobile devices. Hopefully, the added incentives will finally make them go to Samsung and still get a new phone.