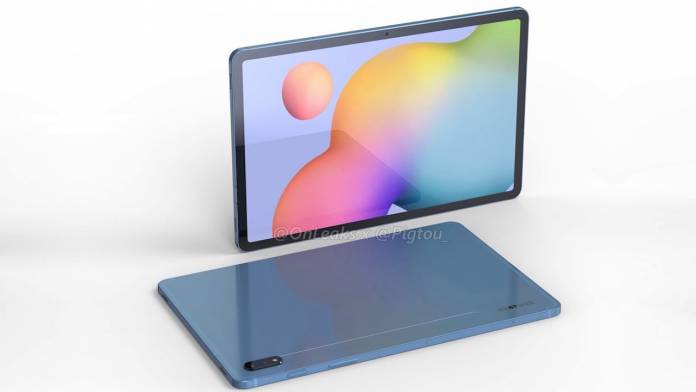 When it comes to tablets, Apple’s iPad Pro has been a downright favorite, with Samsung left to play catchup. For years, Samsung has tried to match major features of the iPad Pro. Now, Samsung is expected to launch two new tablets – Galaxy Tab S7 and Galaxy Tab S7+ – which could put Apple in testing waters. Following the renders of Galaxy Tab S7 that surfaced on the web last week, the Galaxy Tab S7+ has been put through Geekbench’s benchmark test to reveal its specs and features.

Samsung leakster Ice Universe has tweeted that the Galaxy Tab S7 and S7+ will both feature 120 Hz displays. Finally now, Samsung would match the iPad Pro in-display refresh rate for the first time; in comparison, iPad Pro has been offering a 120 Hz display for over two years now.

Both Galaxy Tab S7 and Galaxy Tab S7+ will be 5G enabled tablets expectedly powered by industry-leading Snapdragon 865 SoC. Testing reveals that the Galaxy Tab S7+ pack 6GB of RAM (similar to the iPad Pro). It’s alleged that an 8GB RAM model would finally make to the markets. It is also discovered that the tablet will run Android 10 based on One UI 2.5.

According to the information leaked previously, Galaxy Tab S7 will feature 11-inch display and two rear cameras. Measuring 244.5mm x 159.5mm x 5.7mm the tablet will have 7760 mAh battery, and will support S Pen. It is slated to retail for under $700 price tag. Samsung has a slew of devices ready for launch over the next couple of months, which is suggestive that these new tablets could launch as early as August.