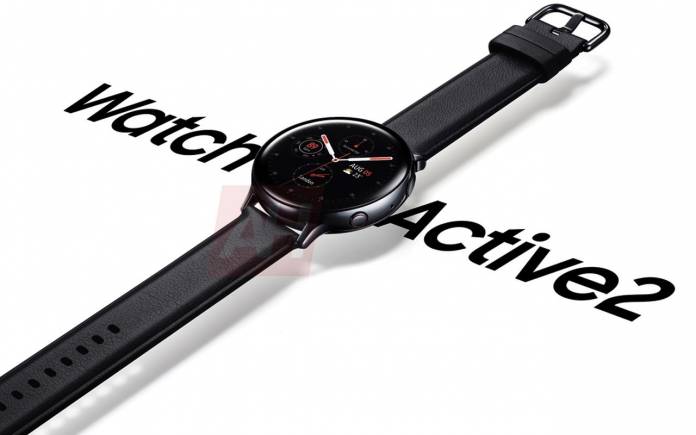 The Samsung Galaxy Watch Active series only started last year. It was shown off at the Samsung Unpacked 2018 when we told you everything you needed to know. It seems to meet Samsung’s promise upon the first impression. Specs and features for the Galaxy Watch Active were revealed. It is said to have a smaller 1.1-inch display and no bezel ring. New renders showed the smartwatch running on One UI while. Other wearables were also leaked like the Galaxy Fit and Galaxy Buds.

Samsung Galaxy Watch Active pre-order went up and soon we learned about smartwatch shipments increasing by 49% in Q1 2019. A One UI update rolled out for the Galaxy Watch and other Samsung smartwatches a couple of months ago and now we’re anticipating for the next version.

Galaxy Watch Active2 photos have been leaked last month and so far, we know there will be three color options: Silver, Gold, and Black. There will be a leather strap apart from the silicone strap.

A button is placed on the side of the watch, acting as a power button. It has a red ring which we can’t confirm the purpose at the moment. It could be for notifications or alerts or something related to health and fitness.