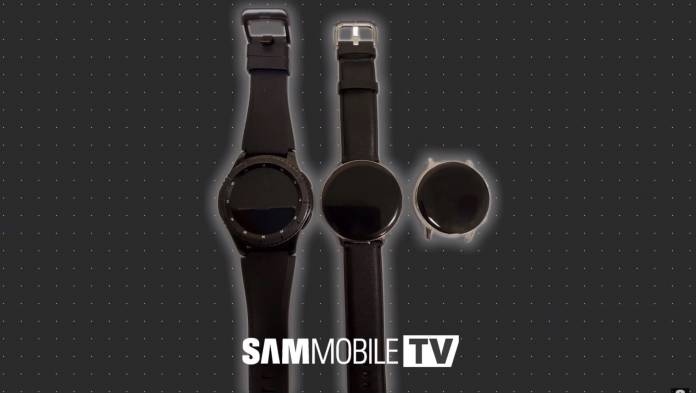 The changes we’re seeing so far are only based on the photos of course as no details yet about the Galaxy Watch Active 2 have emerged. In an article on SAM Mobile, they discussed these changes which include the fact that there is no more rotating bezel this time around. There will be two sizes for this new smartwatch (40mm and 44mm) and there will also be two variants (LTE and Wi-Fi only).

There are some design changes like the home/power button is round while the back button is more rectangular. There’s a red circle around the power button but as to what its function is, we don’t know at this point. There’s also now a circular rim around the heart rate sensor and there’s also a microphone hole between the home and back keys. We can also see speaker grills on the other side.

Software-wise, the Galaxy Watch Active 2 will come with One UI version 1.5 which means we may see some new features here since only version 1 has been out in the market. Battery-wise, the LTE version has 340 mAh while the Wi-Fi version has 237 mAh.

As to when this smartwatch will be announced, that is still unknown at this point. We can probably expect it later this year since the Galaxy Watch Active has only been out and about for four months now.