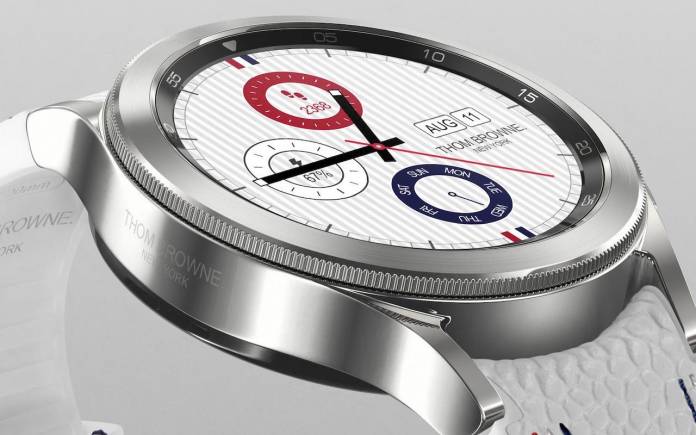 The Samsung Galaxy Watch 4 Classic is getting a special version. This is something we’ve been expecting as Thom Browne editions of the Galaxy Z phones, Galaxy Buds, and Galaxy Watch 4 were announced last month. The South Korean tech giant has officially announced its latest addition to the Samsung and Thom Browne Galaxy collection. The wearable device is rhodium plated and will be available on Samsung.com beginning September 29. The price is a little higher than the regular version at $799.99.

Last year, Samsung announced a Thom Browne edition of the Galaxy Z Flip. It was then followed by the Galaxy Z Fold 2. Both phones show the designer’s high fashion philosophy and Samsung’s technological innovations.

Thom Browne is one iconic designer that brings timeless style to his creations. The Samsung Galaxy Watch4 Classic Thom Browne Edition is the latest product and like previous models, this one will sell fast.

The smartwatch comes in 42mm with Bluetooth connectivity or just LTE. It features Thom Browne’s signature colors. Straps are interchangeable. You can choose from leather, fabric, or rubber. 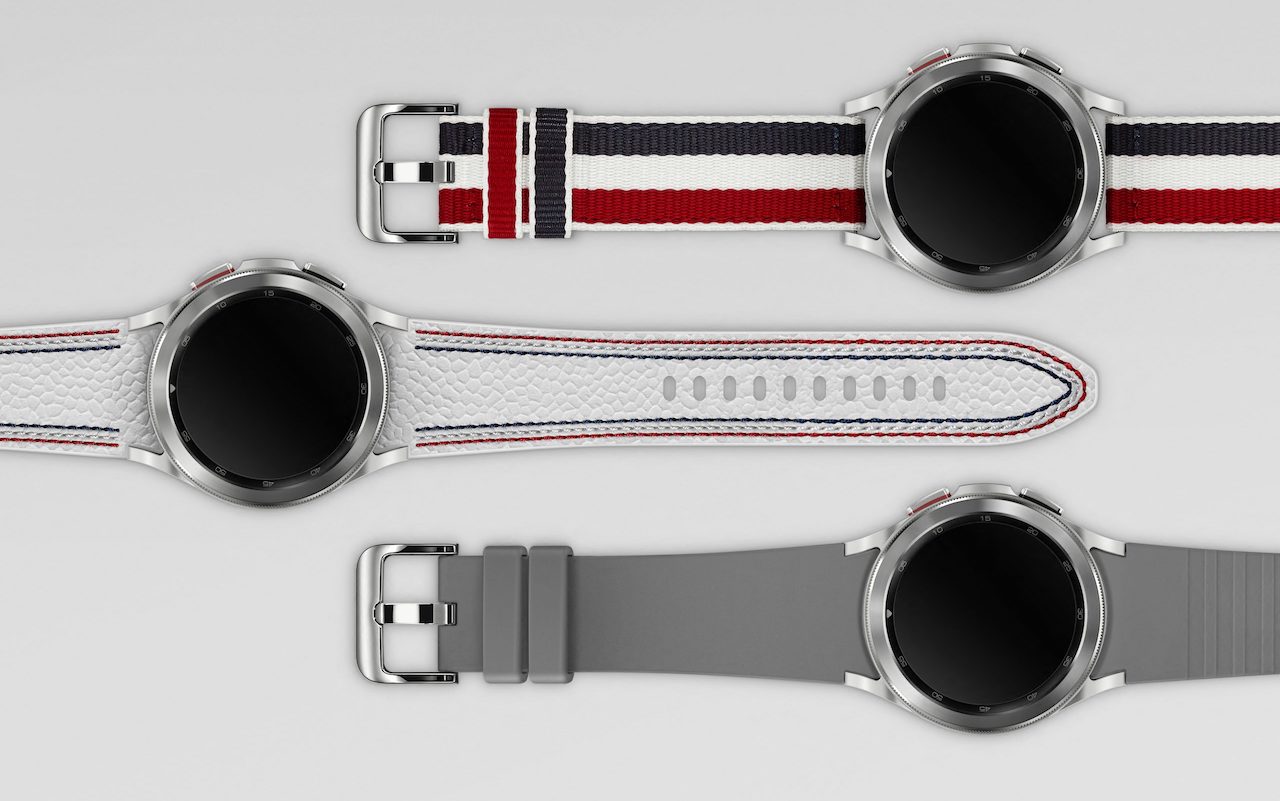 To further express your style, you can choose from the five available preloaded Thom Browne watch faces. Feel free to change the design of the hands, indexes, and backgrounds.

The new Samsung Galaxy Watch4 series features One UI Watch and Wear OS by Google. It lets you check messages or email and respond to them straight from your wrist. You can access Samsung Pay, SmartThings, Bixby, Google Maps, and other Galaxy services on this Samsung Galaxy Watch4 Classic Thom Browne Edition.