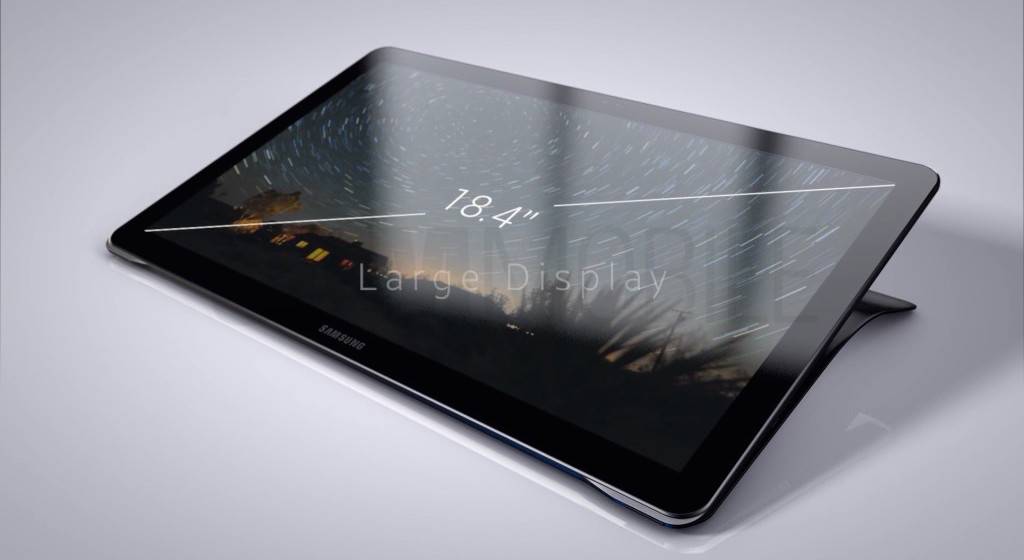 Don’t be surprised if companies start introducing extra large tablets like the upcoming Samsung Galaxy View because apparently, there is a market. People call them kitchen tablets and in fact, Samsung wasn’t the first to introduce such. If you may remember, Sony released the Tablet Z before and just recently, Alcatel showed off the 17-inch OneTouch Xess tablet. A huge tablet may not be just for the kitchen though. It can be for the living room, home office, classroom, or just about anywhere you would normally place a TV or monitor.

Samsung has yet to announce the Galaxy View but the 18.4-inch tablet has been sighted on a few sites already. We saw an early preview the other day, an FCC sighting, and that GFXBench page. This week, the Galaxy View has been spotted at Adorama, ready for pre-order. Sadly, the page has since been pulled.

The page confirmed what we already know: 18.4-inch screen, Full HD resolution, 120 ppi, 1.6GHz Exynos 7580 SoC, 2GB RAM, 32GB built-in storage, microSD card slot, and a 2.1MP front-facing camera. As for connectivity, there’s Bluetooth 4.1, WiFi, 3G, and 4G/LTE. Battery is also huge at 5700 mAh. The tablet features a kickstand so you can easily prop it on a table. Battery is said to last up to 8.5 hours of video playback.

The Samsung Galaxy View doesn’t have any rear camera for obvious reason: there’s no need. (Imagine taking a photo with it…)

Adorama listed the Samsung Galaxy View tablet for $599. Pre-order should be open already but someone took down the page. Maybe it was just a mistake and that it’s only waiting for Samsung to make an official announcement. We’ll see. It’s coming very soon.