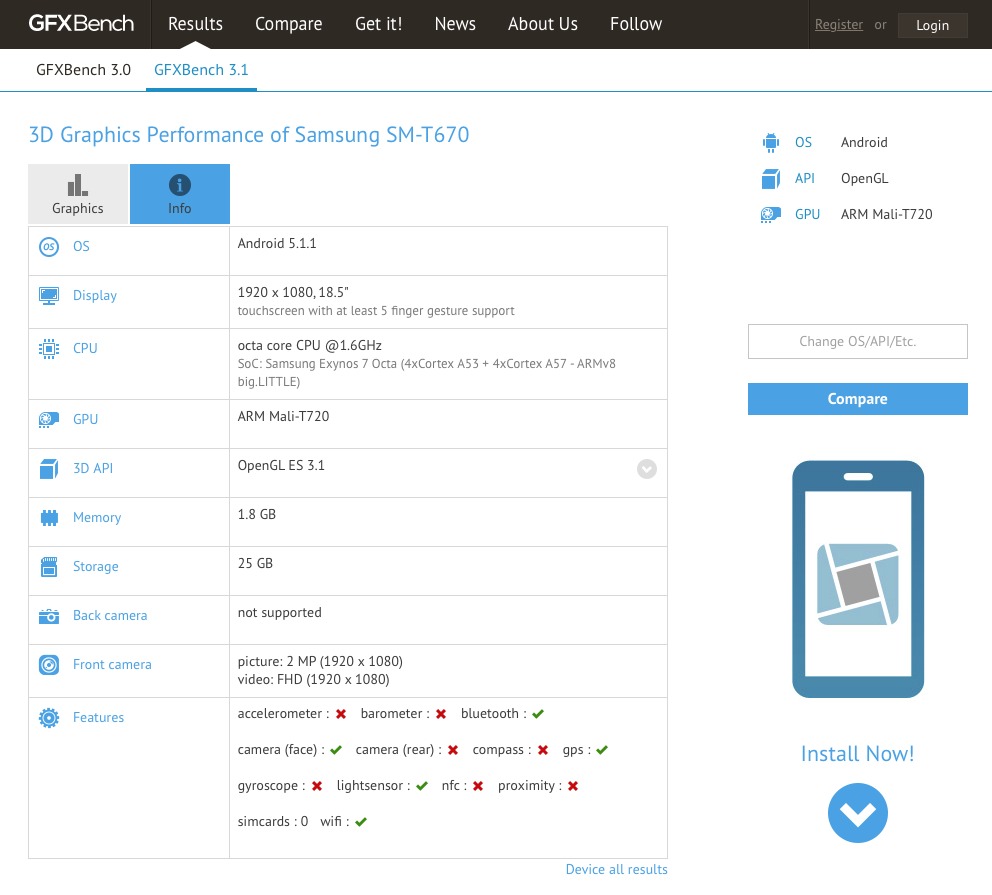 A new Galaxy tablet is coming. Yet another Galaxy Tab? Nope. Surprisingly, the South Korean tech giant decided on a new series name this time. The upcoming Android tablet is believed to be the Samsung Galaxy View which was also teased during the IFA 2015 last month. The tablet is said to have a larger display and is aimed for the homes, offices, and classrooms.

We don’t have much information on pricing and availability of the new Android device but a certain ‘Samsung SM-T670’ was spotted on GFXBench. The benchmark database details the tablet’s specifications. The Samsung Galaxy View features a vast 18.5-inch display, 1920 x 1080 resolution, 64-bit octa-core Exynos 7580 processor, Mali-T720 GPU, 32GB built-in storage, 2MP front-facing camera, 2GB RAM, and a 5700 mAh battery. It’s interesting that GFXbench lists back camera as “not supported” but it should have an 8MP camera based on a previous rumor we heard.

The Galaxy View will be Samsung’s biggest tablet to date when the SM-T670 is released. It’s the same model we mentioned based on an unconfirmed report last August. Other features listed include Bluetooth connectivity, GPS, light sensor, and WiFi. 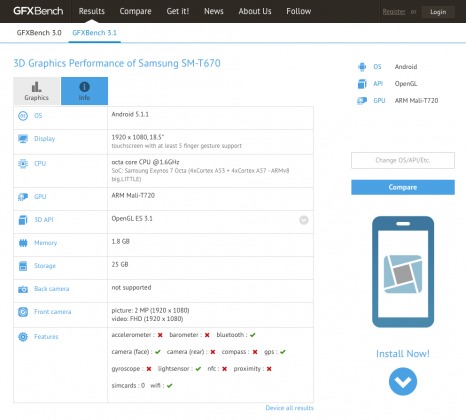 The specs of the Galaxy View are not as impressive but for a Android tablet with that huge display, you may no longer worry about using the camera or playing games with HD graphics. A display this big is more ideal for watching videos or use during important presentations in school or at work.