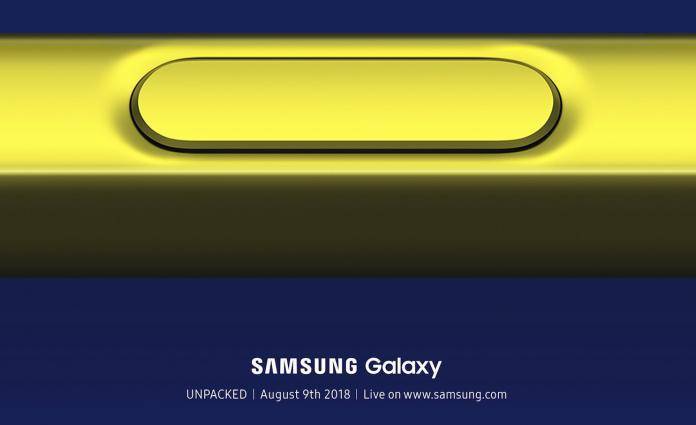 It’s happening. The new Samsung Galaxy Note 9 will be announced in a few hours and we’re excited to finally get our hands on one. The Unpacked event will start very soon and all those rumors, leaks, and speculations will be confirmed or debunked. We’ve shared with you more details and last minute leaks. We’ve marked our calendars even before the Note 9 retail box was spotted in Russia. Pricing may still be reasonable while bezels will be greatly improved.

Samsung is unveiling the new premium phablet in New York but even if you can’t be there, you can join the festivities by watching the live streaming and following the company’s numerous media channels.

You can check out the following official websites of Samsung:

The Samsung team will also be updating the public via Twitter while the Unpacked event is ongoing. Visit live.twitter.com/Unpacked and see for yourself.

If you’re on Facebook, it can be easy to watch on Samsung Mobile’s Facebook page or Samsung Newsroom to see if the Unpacked event is starting. You may also check the newsroom for further updates.

To give you a glimpse, the yet-to-be-launched Samsung Galaxy Note 9 is said to feature a 6.3-inch Super AMOLED screen, 18:9 ratio, QHD+ resolution, ISOCELL Plus camera sensor, 64/128/256/512GB built-in storage, Snapdragon 845 or Exynos 9810 chipset, 6GB or 8GB RAM, rear fingerprint sensor, and a 4000mAh battery. It will arrive with a new and improved S Pen and will be ready in different colors.