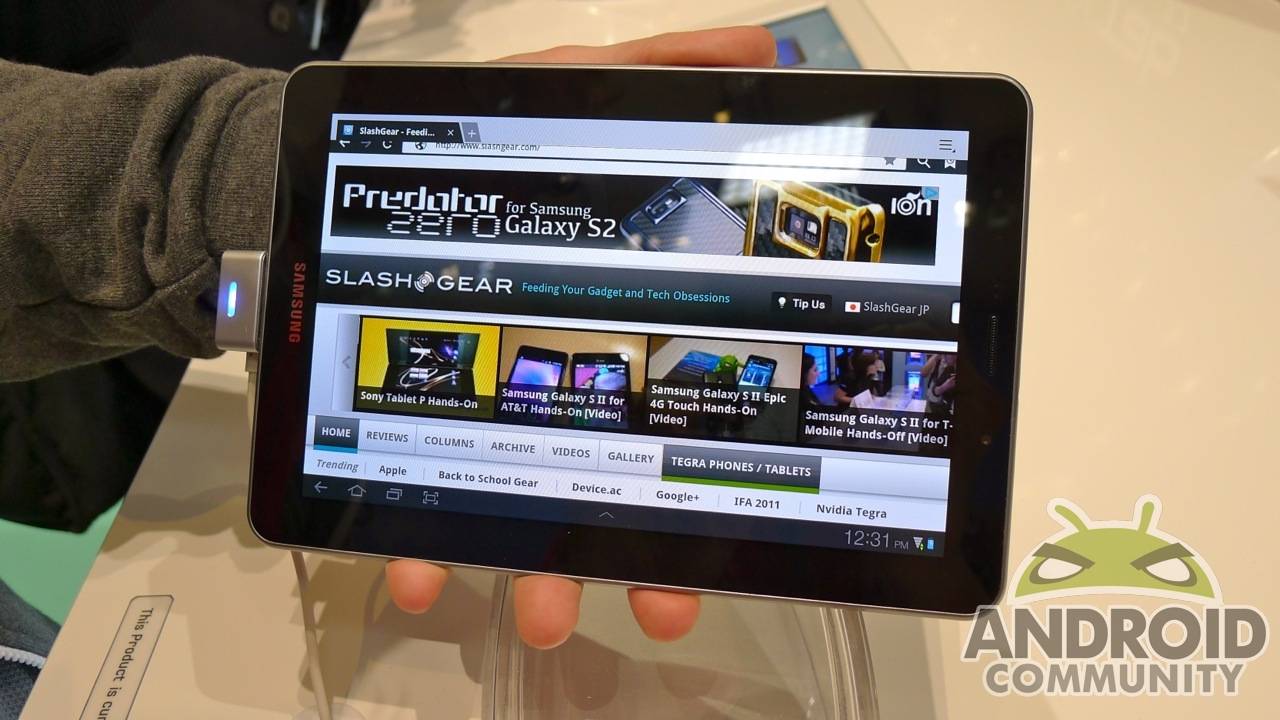 If those new DROID XYTBOARD tablets aren’t what you were hoping to buy this holiday season it looks like the sneaky Samsung Galaxy Tab 7.7 LTE will be headed to Verizon shortly. After hearing nothing since it was announced at IFA, lately we’ve seen a little stir at the FCC and now it appears to be ready to hit Verizon with 4G LTE on board.

If you remember, we received some hands-on video back at IFA and then the Tab was removed from the showroom floor and wasn’t heard from again — until recently. This 7.7″ Super AMOLED HD 1280 x 800 resolution packing slate will also rock a 1.4 GHz dual-core processor and Android 3.2 Honeycomb. Add 4G LTE to that and it sounds quite amazing if I don’t say so myself.

The past few weeks a few different online retailers have started taking pre-orders and now systems from Verizon (pictured above) are starting to show the 7.7″ tablet is on the way — 4G LTE included. the 12/7 pictured above was when the device went into Verizon’s system so there is a chance we could see this tab before the end of the year. As soon as we get more details we’ll be sure to update but for now the full specs are neatly provided below.