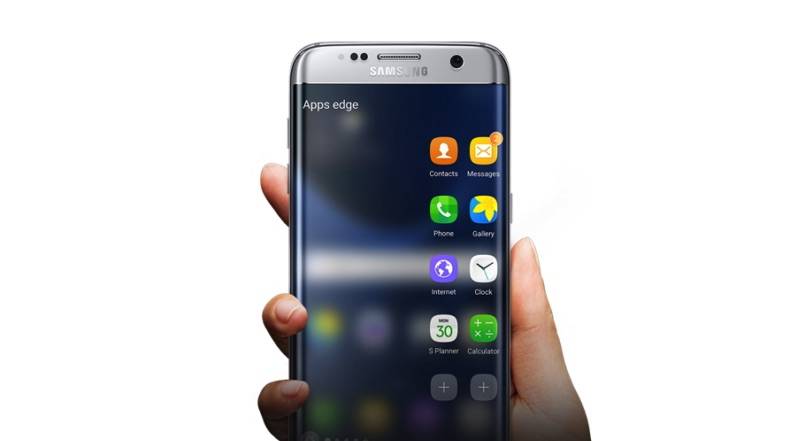 After all those rumors, leaks, and early sightings of the Galaxy S7 and S7 edge, Samsung has finally unleashed the new premium flagship smartphones at the MWC 2016. Since the launch last February 21, we’ve seen numerous hands-on photos already plus some more details about several features. Yesterday, we saw an underwater unboxing video by T-Mobile and noted that Samsung took gaming seriously on the two phones. Pricing and availability information were shared the other day and just recently, we noted how the Dual Pixel Sensor made all the difference if we’re talking about imaging.

This time, we’ve got none other than DisplayMate Technologies saying that the Galaxy S7’s screen is better than last year’s Note 5 screen. If you may remember sometime in August 2015, DisplayMate run lab tests that proved there were improvements in the display performance when compared to the Galaxy Note 4. Now that a new Galaxy line is introduced, we want to know how the S7 will fare against the previous models.

The Note 5’s screen was the best smartphone display DisplayMate rated until the Galaxy S7 came along. The group immediately tested the video screen of the S7. The result of the in-depth analysis is clear–it’s now the Best Performing Smartphone Display in the world. 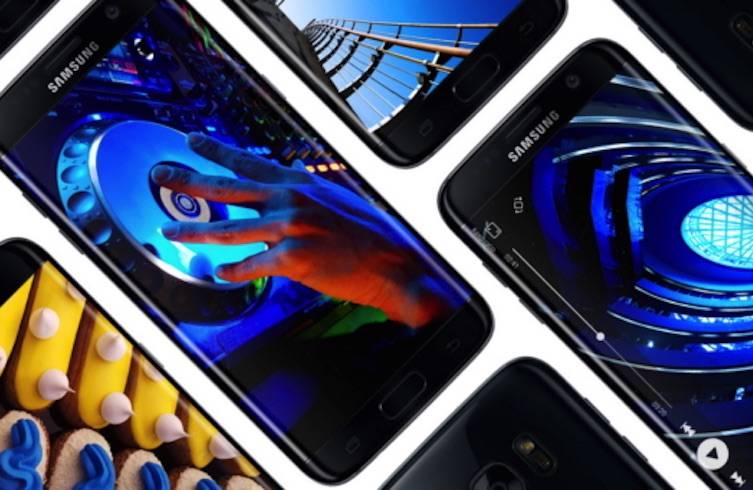 The Galaxy S7’s 5.1-inch and S7 edge’s 5.5-inch screens both have 2560 × 1440 Super AMOLED displays. Nothing much have changed as the power consumption, viewing angles, color gamut, intensity, and color accuracy are the same as the Note 5 and the Galaxy S6 line. However, it’s much better now when outdoors, thanks to the high screen brightness reaching up to 855 nits. Even the low screen reflectance did well. DisplayMate also said that pixels of the Galaxy S7 are smaller than the Note 5 by 24 percent. This brings impressive brightness and overall performance. 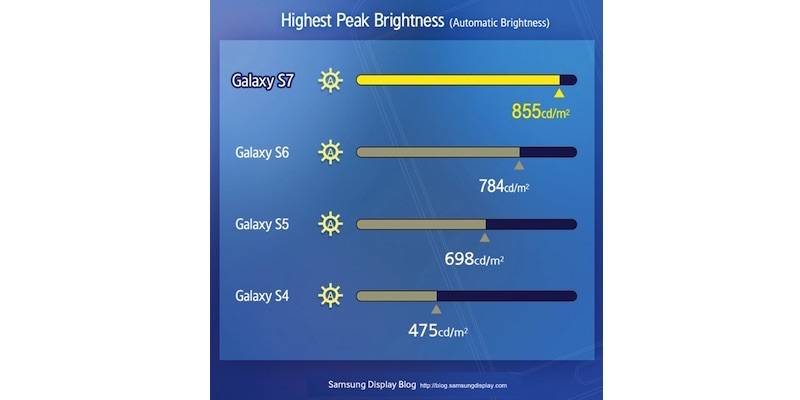 Samsung added an Always-On Display that some people thought would drain the battery but fortunately, it won’t. The idea is that always-on screen eliminates the need for the user to turn on the main screen just to check time, status messages, calendar, alerts, and notifications. When the phone screen is off or sleeping, you can still view those basic information on the “black” screen. There’s also the Super Dimming mode that lets the screen go down to 2 nits but still with 24-bit color of great picture quality.

Samsung made some enhancements to the software as well. There’s now the Personalized Automatic Brightness Control that learns and saves previous settings. It’s the first on any smartphone.

The Galaxy S7 and S7 edge screens are “essentially the same” according to DisplayMate Technologies. Samsung was able to apply the same features on both phone models.