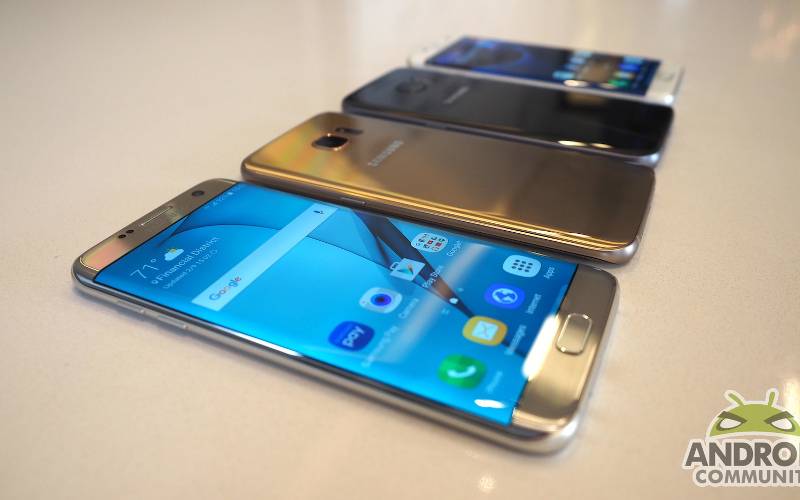 You may not be a fan of Samsung’s devices, but there is little doubt that last year’s Galaxy S6 and S6 edge were one of the highlights of the Android device market. It represented a shift in Samsung’s designs, changing from plastic to sleek metal. Alongthe way, however, Samsung sacrificed some things, things that its own consumers apparently held dear. With the Galaxy S7, the Korean OEM isn’t going back to the drawing board to start from near scratch. Instead, it has hunkered down and has meticulously refined its design, and in some cases even returning some of those longed for features.

The Galaxy S7 is once again waterproof, in fact even more waterproof than previous generations, now at IP68. That feature was last seen in the Galaxy S5 but with a catch, a rubbery flap that blocked the ingress of water into the USB port. Here, there is no such silliness, giving the Galaxy S7 a flawless, sleek facade. The second point of contention in the Galaxy S6 was the lack of expandable storage, worsened by the fact that Samsung still offered a 16 GB base model. Now, not only does the Galaxy S7 start with 32 GB from the get go, the microSD card also makes a return, without costing Samsung an additional slot. How? It has, finally, adopted a convention long used by Chinese OEMs, a hybrid SIM card tray. This longer tray has room for one of two possible combinations: two micro SIM cards or a micro SIM card and a microSD card. That does mean that you’ll still have to compromise, but that might be a compromise many are willing to make.

The Galaxy S6 was also criticized for its lack of a removable battery and sadly, Samsung isn’t budging on this one. It has, however, yet another compromise. This time, the battery is considerably larger, 3,000 mAh on the Galaxy S7 and 3,600 mAh for the Galaxy S7 edge. Partnered with fast charging on both wired and wireless methods and you pretty much have a workable situation. Plus, Samsung now also has a mophie-like accessory for added juice.

The flaws of the Galaxy S6 weren’t the only sources of inspiration for Samsung. The strengths of the Galaxy Note 5 are also evident in the Galaxy S7’s design. In particular, the curved rear edges of last year’s phablet has found its way to this year’s flagship. This gives users a better grip on the smartphone and makes the device feel a lot slimmer as well. And to increase the illusion of thinness, the camera now only juts out at 0.5 mm, partly in thanks to a rather surprising change in that component.

The display is always one of the first things that buyers notice on a smartphone, next to the overall design, of course. For resolution, Samsung stuck to its QHD guns, spread over 5.1 inches on the Galaxy S7 and 5.5 inches on the Galaxy S7 edge. The latter is a bit curious compared to last year’s lineup. This puts the Galaxy S7 edge right in the middle of the 5.1-inch Galaxy S6 edge and the 5.7-inch Galaxy S6 edge+, giving fodder to the rumor that this year won’t see a large-sized curved edge phablet. But rather than get bogged down in discussions of resolutions and sizes, Samsung is diverting attention to these display’s special feature: always on display.

Honestly speaking, the feature isn’t exactly new and other smartphones with OLED screens (the first Moto X, for example) had that years ago. Here, Samsung takes the feature to its logical conclusion, somewhat. You can have more than notifications available at a glance, without turning on the screen. You can have a calendar, for example. For now, however, that selection is pretty limited and bare. And, despite the advantage, Samsung doesn’t deny that there will be some added power consumption, those assures that it’s only an addition 1%. The visible section also moves around the screen from time to time to prevent burn in. Computer historians will most likely remember screensavers here.

While the Galaxy S7 edge’s display remains practically the same, its functionality has been substantially expanded. The new Edge UX not only embraces new features but embraces third party edges as well. In addition to the stock edges like People, Apps, and Tasks, there are ones like News that sources headlines and images from Yahoo, for example. Plus, the Edge UX can now also take into account your location, surfacing only edges and content for specific locations, like work or home.

The camera is perhaps the most perplexing change in the Galaxy S7 and S7 edge. At first glance, you might consider the 12 megapixel sensor a downgrade from the Galaxy S6’s 16 megapixels. However, the reduction in megapixel count gives way for perhaps more important improvements. For one, the pixels, though fewer, are larger, 1.4 microns vs 1.2 microns of last year’s models. That translates to getting 56x more light, says Samsung. The lens aperture has also been increased from f/1.9 to f/1.7, a 25% increase in light. In theory, this means that the camera sensor should perform better in low light situations. But wait, there’s more! Samsung also boasts that the Galaxy S7 is the first smartphone to have a Dual Pixel sensor. This is something you’ll usually find only in high-end DSLR cameras. For the photographer, this translates to faster autofocus in general and better continuous AF when recording video. Of course, those all sound good on paper, but, as they say, the test of the pudding is in the eating. 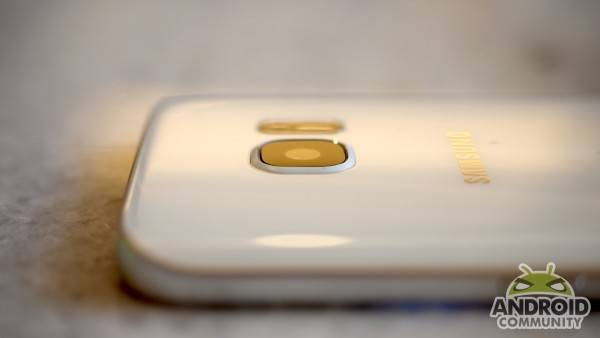 You may have noticed that we haven’t even gotten to the tech specs yet. Unusual for Samsung, the manufacturer isn’t exactly being talkative about the processor running the show, aside from a “Quad-core 2.15GHz + 1.6GHz processor”, and a vague mention of “Snapdragon”. We’ll presume it’s a Snapdragon 820, though it could also be a custom one, given Samsung’s and Qualcomm’s new found relationship. There’s little mention of an Exynos as well, but you can bet there will models bearing Samsung’s own mobile processors. The GPU, in particular, supports Vulkan, making the Galaxy S7 the first commercial smartphone compatible with the new graphics standard. There will be 4 GB of RAM, the fastest LPDDR4 that Samsung has in its inventory of course. And right off the bat, both Galaxy S7 and Galaxy S7 edge will be running Android 6.0 Marshmallow.

Samsung is taking a slightly different marketing spin for its flagship. While still putting it at the center of its Galaxy, it is also weighing heavily on the other stars and planets that revolve around it. For example, Samsung Pay, which will be soon expanding to China, Australia, Brazil, Singapore, and the UK later this year, among other countries. There’s also the Gear S2 Classic smartwatch. But, of course, the real new stars of the show would be Samsung’s virtual reality products, including a new Gear VR headset. Don’t worry, however, if you’ve already bought the first model. Samsung apparently had the gift of prophecy, or foresight, and made that older version with the Galaxy S7 already in mind.

Samsung also has a few other smaller stars revolving around the Galaxy S7, accessories that give the smartphone some added flair. Of course, you have your usual flip cover and cases, but joining the club are a wide-angle lens that looks eerily similar to olloclip’s products and a battery case that eerily looks like a mophie juice pack.

The Galaxy S7 and Galaxy S7 edge are scheduled to hit stores 11th of March, with pricing details dependent on local markets and carriers. It will be very interesting to observe how the market reacts to the Galaxy S7, which, while seemingly just an incremental upgrade from the Galaxy S6, also heals some of the bloody paper cuts that the previous generation has caused.