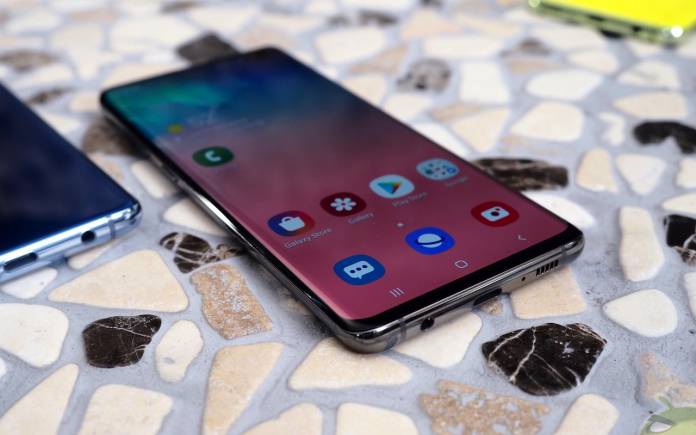 Do you own a Galaxy S10 or S10+? An important update is coming your way. A number of S10 owners have been complaining about the on-screen fingerprint reader the past few weeks since Samsung released the new premium flagship smartphone. The South Korean tech giant committed that regular software updates will be available to further optimize performance and reliability. The next update will, hopefully, solve whatever problems about the ultrasonic in-display fingerprint scanning tech Samsung implemented on the new Galaxy devices.

It seems the in-display fingerprint reader isn’t working as accurate as it should be, at least, for some Galaxy S10 owners. The Qualcomm-made feature has been acting up or may have been slow at times according to some early S10 adopters.

There is now a comparison between the iris authentication and the in-display fingerprint reader. The iris scanner is said to be safer but others insist the ultrasonic sensor is more secure.

We can’t say which one is really safe but the question is more about the fingerprint scanner’s accuracy and reliability. You see, it doesn’t work well on some occasions.

The ultrasonic fingerprint scanner works by detecting blood flow within the finger. What happens (or, rather, what doesn’t happen) is that the reader can’t detect especially when skin is dry or when your fingerprint has a scratch.

Samsung is rolling out the Galaxy S10 software update to improve accuracy. It is recommended you download and run the update ASAP to prevent problems in the future.