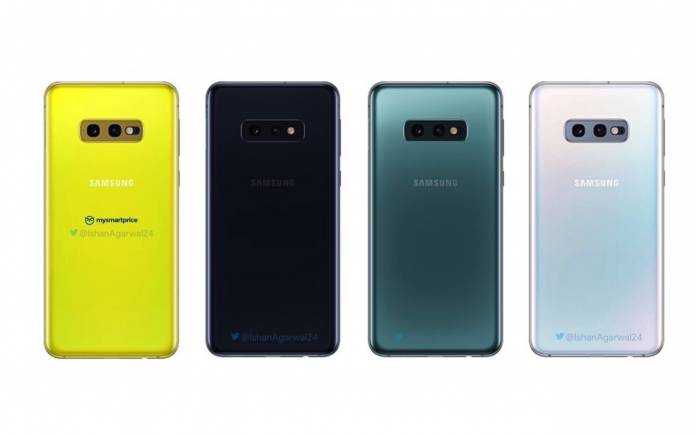 A rendered image of the Samsung Galaxy S10e Canary Yellow showed up online last week. Now we’re being given information about the dimensions of the upcoming S10 Series smartphones. After dozens of rumors, leaks, and speculations, we’re still not done with gathering information. Of course, we won’t stop until the South Korean tech giant makes the official announcement in less than two weeks. At the Unpacked event, Samsung will finally unveil the 10th Anniversary Galaxy flagship offering–the Galaxy S10e, Galaxy S10, and Galaxy S10+.

After the Canary Yellow Galaxy S10e image, here is another illustration that compares the other colors of the phone. Not included are Ceramic versions but there will be Yellow, Black, Green, and White.

Someone suggested me to share a colour comparison. Well, here it is. All the colours of S10 Series that will be available at launch (Blue will arrive later). Ceramic ones are not here. Which colour do you like the most? I hope it helps you make a decision! #GalaxyS10#UNPACKED pic.twitter.com/6BMEJRFk7p