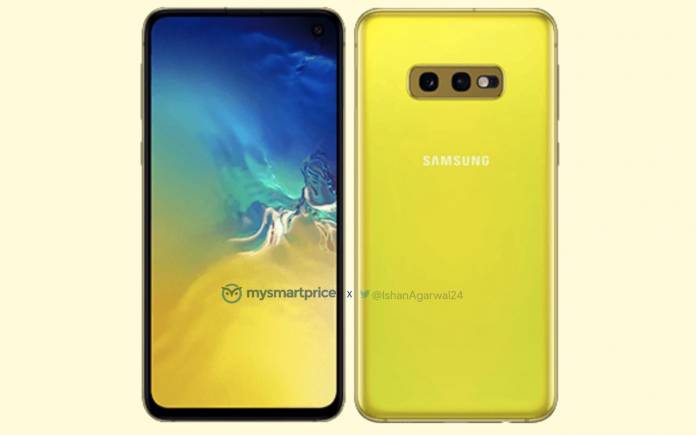 The Samsung Galaxy S10e is almost ready. We used to feature the Galaxy S10 and S10 Plus more often but we’re glad there is more information being made public about the Lite variant. Rendered images appeared online only a few days but soon we were told all Galaxy S10 phones will support WiFi 6. Pre-order of all units will begin right after the Unpacked event. Live images also appeared on the web and just yesterday, we saw high-resolution images.

Today, here is a rendered image of the Canary Yellow Samsung Galaxy S10e. Note that this is just rendered so don’t be disappointed if you see the actual phone and it’s not how it looks here.

The photo here shows a Galaxy S10e with the Infinity-O screen plus a dual rear camera system. There is only one selfie shooter just like the Galaxy S10. Only the Galaxy S10+ will have dual selfie cameras.

Unlike the other two S10 phones, the Galaxy S10e will have a 5.8-inch flat screen. This is the flat variant we’ve been talking about before.

We can confirm this one doesn’t have an an-display fingerprint sensor but already embedded on the power button. Dimensions will be 142.5 x 70.5 x 8.1mm.