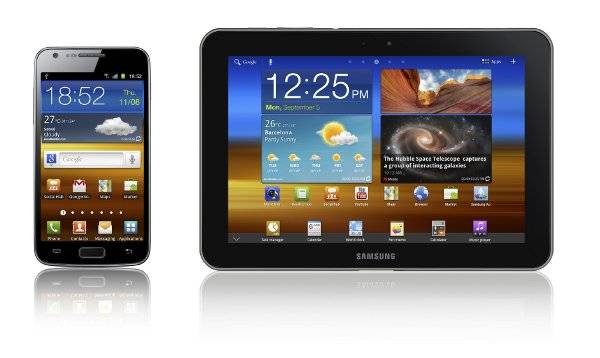 Well, there you have it folks. Samsung today has officially announced that they will in fact be releasing a few LTE devices coming soon. They are set to unveil these new items at this coming weeks IFA event. What we have is an official announcement of both an upgraded Galaxy S II LTE and they also confirmed the rumor that the Galaxy Tab 8.9 would also receive 4G LTE.

We recently heard Verizon will not carry the Galaxy S II so either that is because they will carry the Galaxy S II LTE instead or they just wont be carrying it at all and instead AT&T would get that LTE Love. We’ve recently seen leaks of an upgraded SGSII with 4G LTE and a brushed aluminum back called the Samsung Celox and chances are that might be what we see this week at IFA in Berlin.

The official announcement thanks to Engadget also clears up a few rumors that Samsung would be beefing up the processor speed of these new devices. According to the release they will both be operating with a 1.5 Ghz dual-core processor rather than the 1.2 Ghz in current SGSII phones. Both the Galaxy S II LTE and the 8.9″ Tab will have the faster processor and the SGSII LTE will also get a bump in screen size to a 4.5″ AMOLED display as discussed here.

We recently saw the Galaxy Tab 8.9 on video and you can watch that here. Now we know it will have 4G LTE and a faster dual-core processor it basically sounds amazing and the perfect all around tablet in my opinion. With speed, performance, connectivity and perfect form factor what else would you want?

Don’t forget we will be live at IFA in Berlin so check back all week for more news coming out of the event.