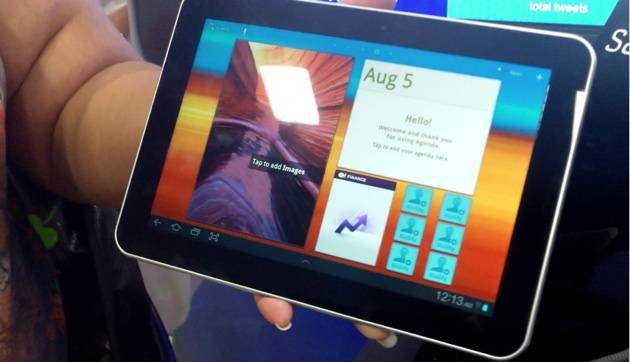 While the Samsung Galaxy Tab 8.9 price and any sort of release date is still unknown we are able to watch the perfect sized tablet on video today. In a huge market of 10″ Android Honeycomb tablets and lightweight e-readers the 8.9″ Tab sounds like the perfect solution and something I have been waiting to see and handle for a while. I plan to get one of these bad boys in to review so make sure and check back when the time comes.

The Galaxy Tab 8.9 was caught on video at BlogHer 2011 recently and lucky for you guys I’ll be posting that video below for you all to check out. While it is hard to tell from looking at the pictures and video it appears the 8.9″ variant may in fact be slightly fatter than its bigger sibling. We heard this rumor a few months back that it may be a little fatter in order to pack all the features into that small package but we’ll let you decide for yourself after looking at the video.

A few hardware and design changes are quickly noticeable and the volume rocker as well as power/wake button have been moved to the top of the device rather than the left side like the Galaxy Tab 10.1. Samsung also moved the stereo speakers that were on the top of both sides of the device down below and are now on the bottom next to the docking port. 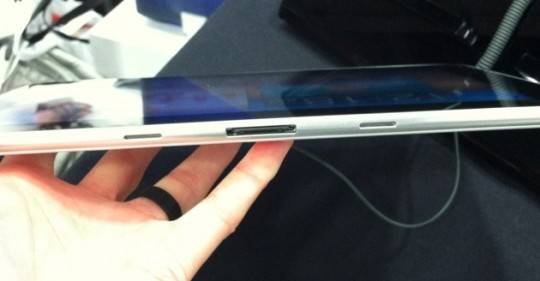 From that picture above it might actually look a bit thicker than the Galaxy Tab 10.1 but then again it’s pretty hard to tell just from looking at a single image or two. Another change is the 8.9″ will in fact come pre-installed with Samsung’s new Touch Wiz UX update that we reviewed here. After watching the video you will see the new user interface runs extremely fluid and smooth on the smaller tablet and it’s looking better than ever. Hopefully we will get some sort of release date sooner rather than later — hit the source for more pictures.