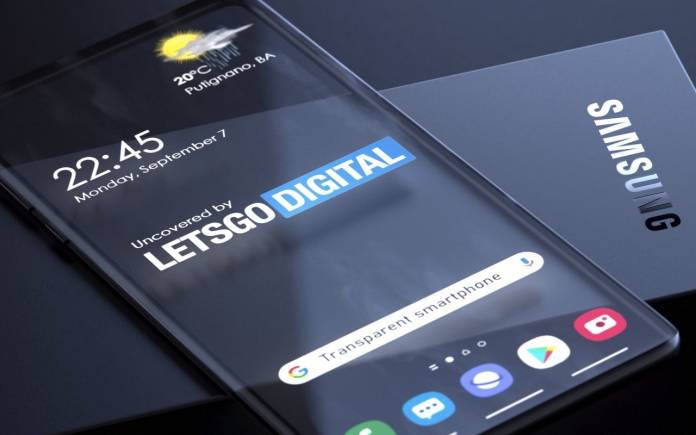 Samsung is still considered as the top mobile global OEM even if Huawei’s numbers went up last second quarter. There is no need for the South Korean tech giant to be complacent though, even if Huawei is facing restrictions. For a brand to remain on top, it still needs to work and continue with research and development. Samsung has a number of new products and upcoming ones but we’re also interested in how the company will present innovation in the changing world.

Samsung has shared untold stories of how the Galaxy Z Fold 2 phone came about. This time, we’re looking at a new idea of a phone with a transparent display. This isn’t the first time we’ve heard of a transparent design, especially from LetsGoDigital. We remember that old information about a Samsung Galaxy Flip Z 2 coming with a transparent cover. There’s also that Redmi K30 Pro with a completely transparent back and an LG transparent flexible phone patent appearing on USPTO.

A set of renders has been shared by our source to give us a glimpse of a transparent smartphone. It’s only a concept but we like the idea. Rumor has is Samsung is considering a transparent display that may be used on a mobile device.

Samsung is believed to have filed a utility patent in January 2020 with both the WIPO (World Intellectual Property Office) and USPTO (United States Patent and Trademark Office). It was only published last month, dated August 27, 2020. The file includes the technology need to develop a transparent phone. 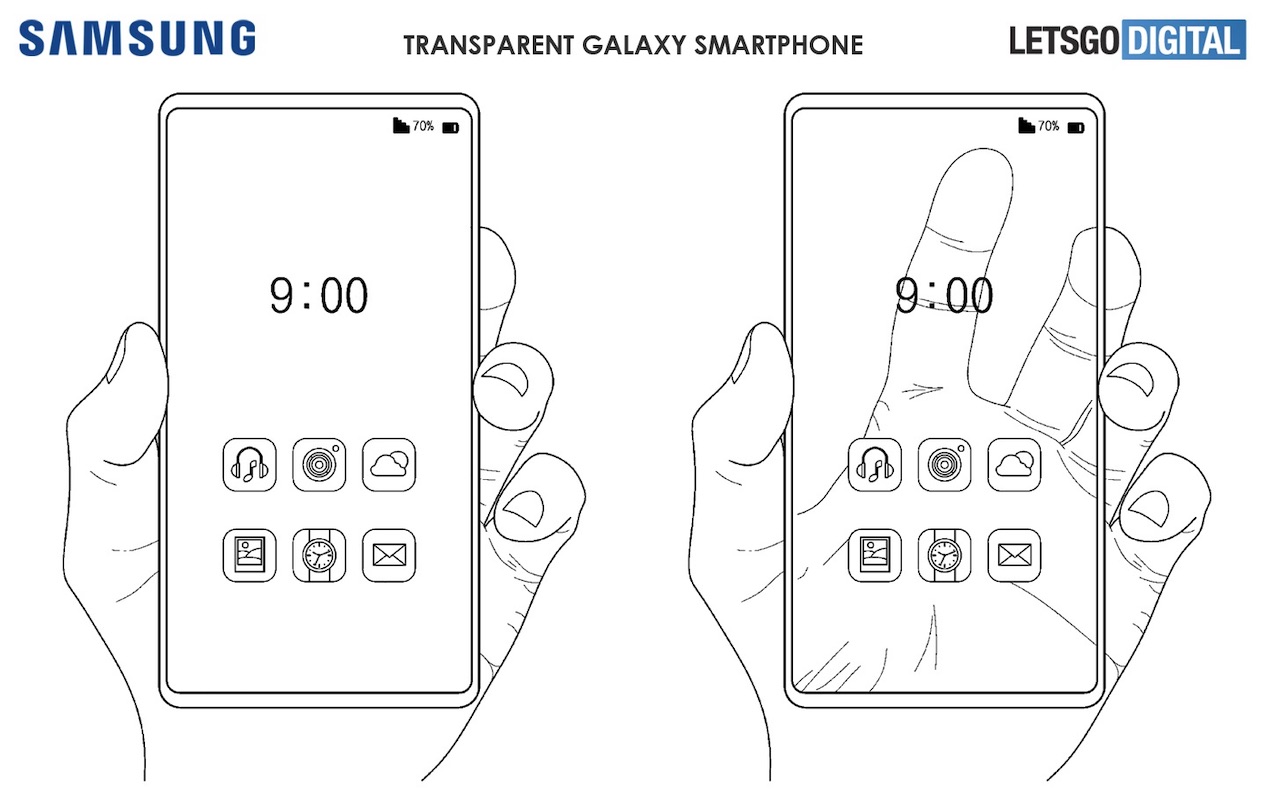 The technology can also be applied to other consumer products like TV, laptop, monitor, camera, or game console. We know this is possible because Xiaomi already has its transparent TV offering. For this transparent phone, an OLED display will be used. This means the same low power consumption but with faster response time and high brightness. The idea is that the transparent display can be flat or flexible. It can be rolled or folded as per the description of the patent.