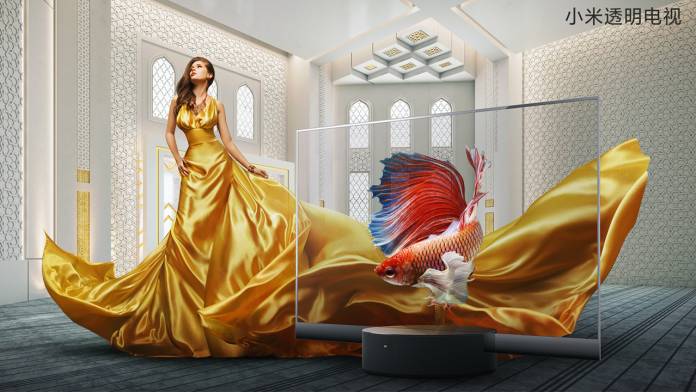 Xiaomi likes to rattle the world with forward-looking devices that leave consumers excited and other manufacturers wondering. Case in point, Chinese tech giant’s 55-inch transparent TV which sits like a window in the room – mind your stride. Dubbed the Mi TV LUX OLED Transparent Edition, this is the first transparent OLED TV that is slated to go on sale. Reportedly, the new TV is almost see-through – pardon the base – and provides a clear window-like appearance when off and when turned on, displays the picture as if it is floating in mid-air.

Mi TV LUX Transparent Edition doesn’t have the back panel that you would see on regular LEDs et al. the tech usually fitted into the back panel has been shifted to the base stand of the new Mi TV to ensure complete transparency for the display screen. The futuristic TV, which looks straight out of a science fiction movie, comes with infinite dynamic contrast ratio and supports DCI-P3 93% color spectrum to deliver content in unmatched brightness and life-like colors.

For the takers who like things in the smart periphery, this new see-through television is a smart TV in its own right. It features a MediaTek processor with AI Master under the hood while MIUI brings always-on display feature to the TV making it a piece of art at home.