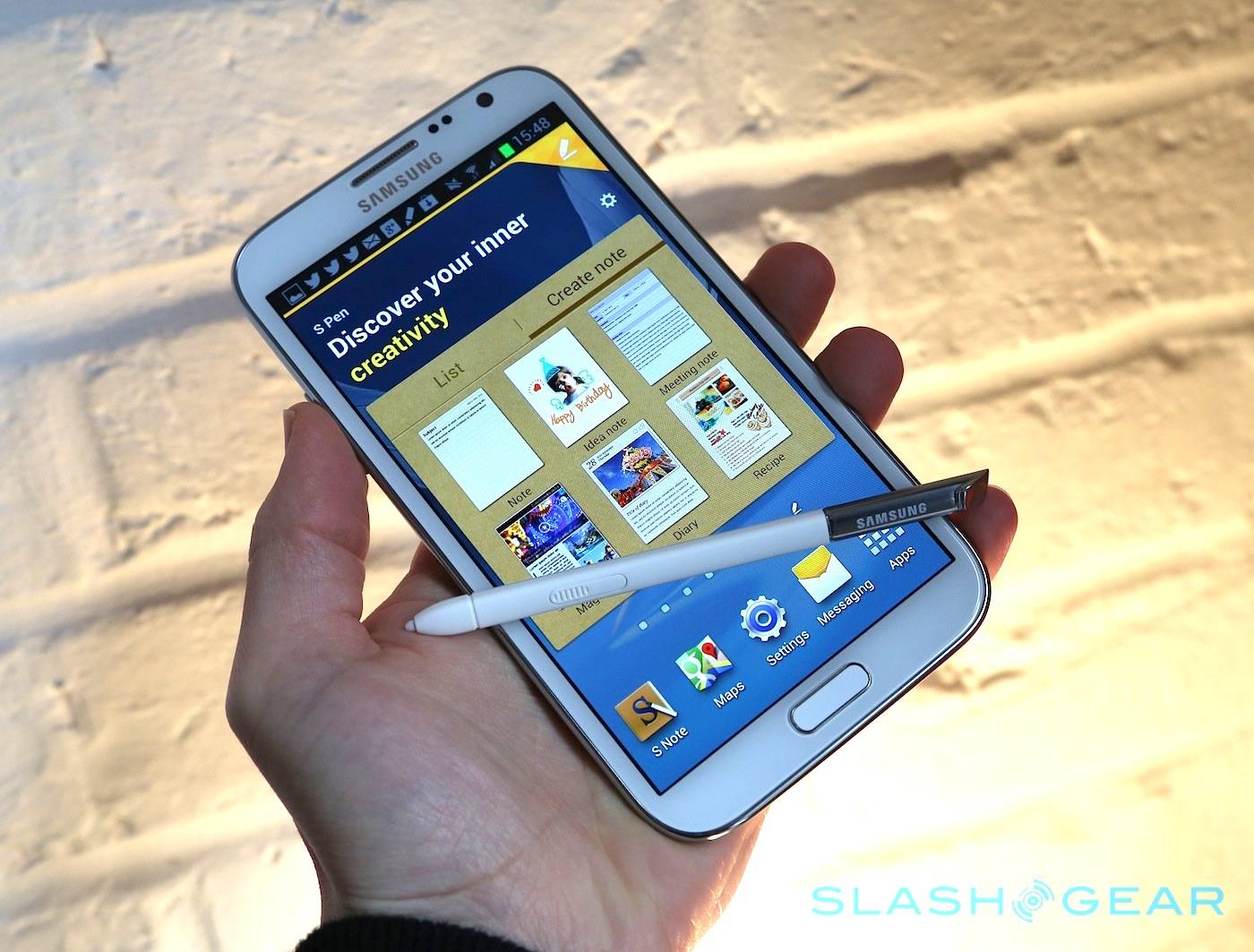 When Samsung announced their Galaxy Note II we know many were hopeful it would arrive for their carrier here in the US. Thankfully Samsung is releasing their new 5.5-inch phablet smartphone to 5 major US carriers starting around early November. After making that initial announcement we haven’t heard anything from carriers. A new leak today reveals T-Mobile could launch their version on October 24th.

New reports from TmoNews is slating the Titanium Grey and White models of the Galaxy Note II to launch in-stores and online from T-Mobile starting October 24th. Samsung initially stated all 5 carriers would have the phone available by mid November, so that doesn’t mean we won’t see them sooner. Like all release dates, they are subject to change but the screenshot below pretty much confirms T-Mobile’s plans. We’ll know more on October 15 according to the leak too. 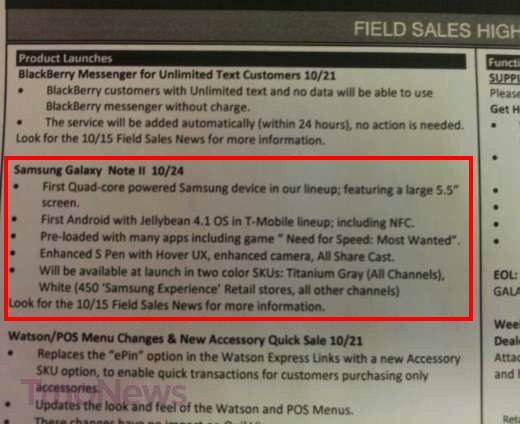 The Galaxy Note II is quite the smartphone — or phablet. It will be the first phone from Samsung on T-Mobile with a quad-core processor, and the first Android 4.1 Jelly Bean powered smartphone with project butter for a blazing fast and smooth user experience, Google Now, and more. The Note II rocks that 5.5-inch HD Super AMOLED (1280x720p) HD display, the quad-core Exynos 1.6 GHz processor, 2GB of RAM, a massive 3,100 mAh battery, and an 8 megapixel camera for stunning pictures and 1080p video capture.

If you’d like to know more about the Note II you’ll need to take a peek at SlashGear’s Galaxy Note II Review. Last week T-Mobile’s Galaxy Note II was spotted in the wild being tested, so it’s safe to say the phone is ready to hit the market and we should be hearing some official details from T-Mobile soon. Most likely on the 15th as stated in the leak. Samsung’s hosting a Galaxy Note II event on the 24th too! Coincidence?