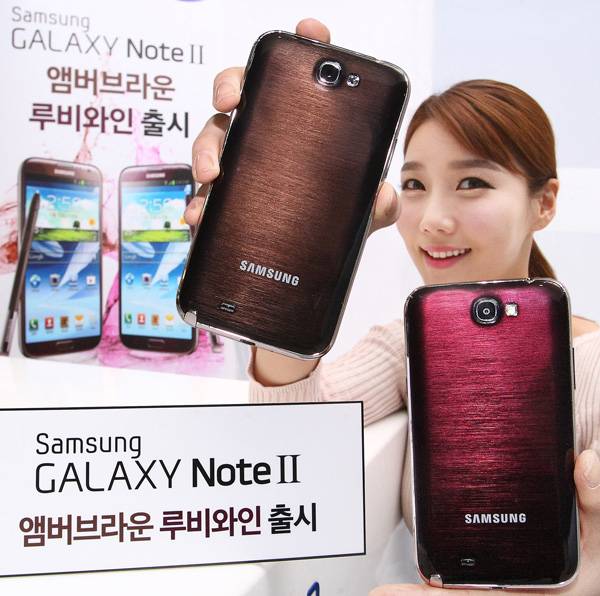 We were expecting Samsung to announce a few new colors for the Galaxy Note II. And as of today, it looks like the company has come forward with the official details. The new colors, which will first be released in Korea, include brown and red. Or more specifically, Amber Brown and Ruby Wine.

These two new colors join the previously existing Marble White and Titanium Gray and come after we saw news of the Galaxy Note II topping the 1 million shipment mark in South Korea and 5 million on a global basis. In other words, Samsung has sold plenty of Galaxy Note II phablets up until this point, so why not refresh the lineup with a few new colors.

Similar to the white and gray, the new Amber Brown and Ruby Wine will have the color on the back along with the around the display on the front side. Otherwise, aside from word on a release in Korea, Samsung has been quite about a global release. Simply put, we have yet to see which markets will be getting the Note II in either of these new shades.

Bottom line here, those still looking to buy a Note II now have a few new colors to pick from. Of course, if you have an existing Note II and are feeling a bit jealous of these bold new colors, you always have the option to add a case of flip-cover to spice things up a bit.