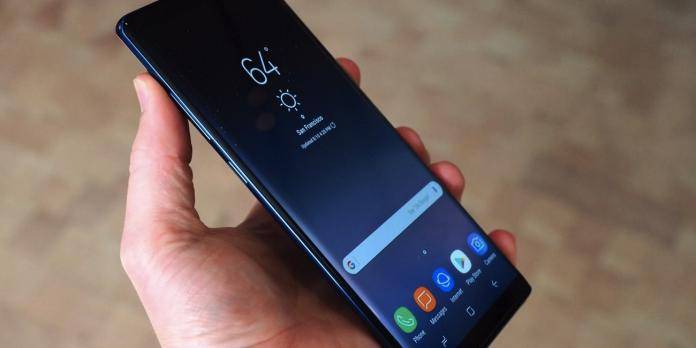 Samsung rolled out the Galaxy S9 and S9+ with a special Always On Display (AOD) feature and this one will soon be available on the Galaxy S8 and the Note 8. As we always say, the South Korean tech giant has been busy working on updates and releasing them before the next OS and the next devices are introduced. Android P is about to be made official at the upcoming Google I/O 2018 and so Oreo updates are being announced left and right.

The Always On Display (AOD) which is currently available on the S9 and S9+ is now ready for the older phones starting with the Note 8 and S8. These are last year’s premium flagship smartphones. The update delivers GIF support. It should be available anytime soon but as long as the Galaxy phones are already running Android 8.0 Oreo. If you’re still on Nougat, sorry, but won’t get to enjoy GIF support on the AOD, upgrade to Oreo first.

GIFs can be previewed but only the one clock style. You can see a working clock on the Always One Display. It’s a good start but it’s better if you can view your favorite GIFs. Well, the GIF won’t animate continuously though, only once, but you can always double tap on the screen to preview again.