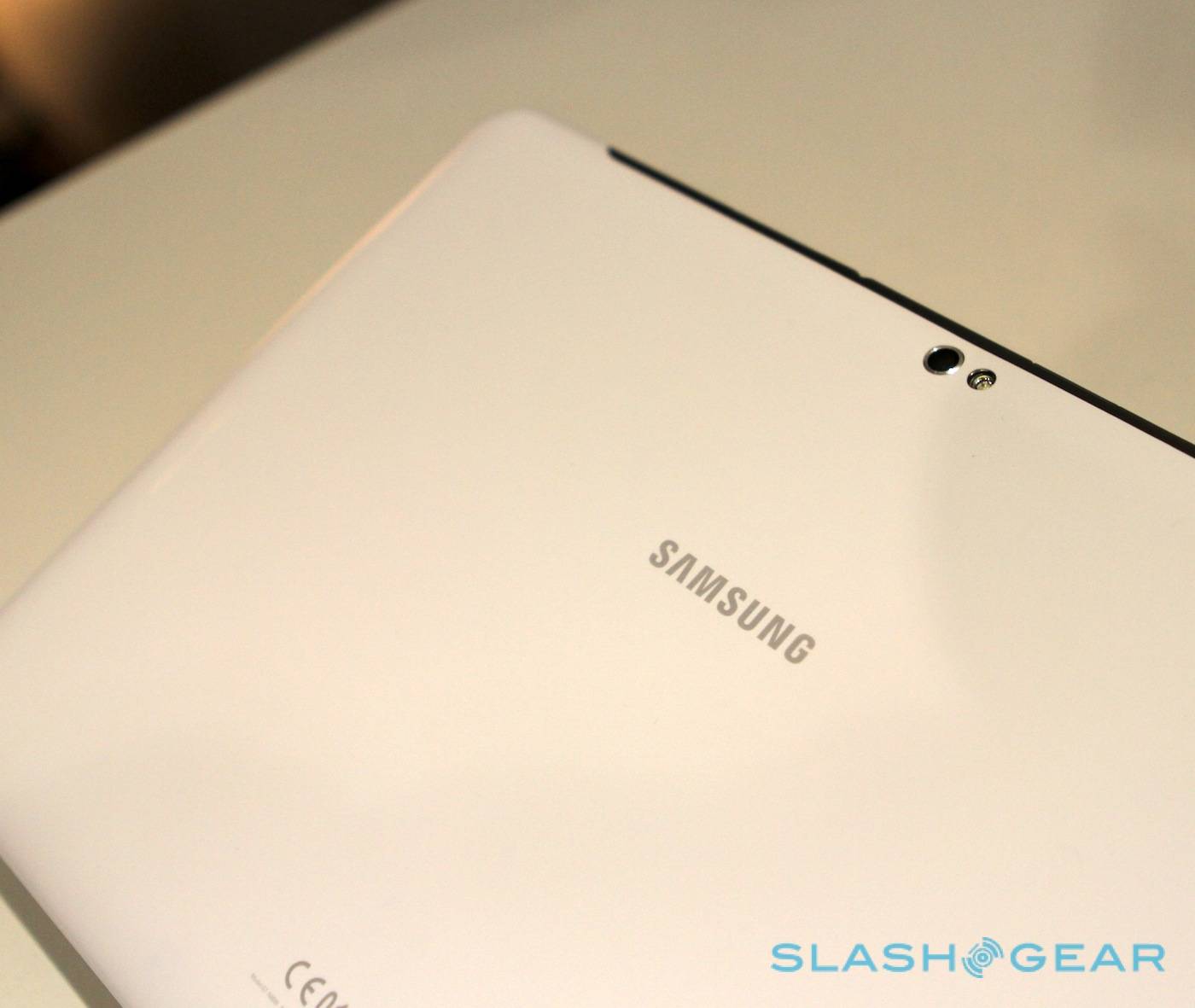 Earlier today we got an eyes-only look at Samsung’s newest member of its stylus family, the Galaxy Note 10.1. We swung by Samsung’s booth later in the day to get a closer look. The Galaxy Note 10.1 is physically similar to the new Galaxy Tab 2 10.1 (man, they’ve got to work on those names) but uses a faster processor, an active digitizer stylus and Samsung’s customized apps. As an extension of the original Galaxy Note it’s pretty compelling – much more so than the lukewarm refresh that the primary Galaxy Tab line seems to be getting.

The Note 10.1 keeps the look and ergonomics of the Galaxy Tab 10.1N, the German version of the original created to comply with Apple’s patent lawsuits. Note the forward-facing speakers to either side of the screen. It’s a little thicker and heavier than the original, likely due to the extra Wacom hardware around the screen. Speaking of Wacom: the digitizer is a new and more accurate version of the original Note’s; while you can use the larger stylus that comes with the Note 10.1 on the smartphone, you won’t get the added benefit of extra precision. Unfortunately, there’s no bay in the Galaxy Note 10.1’s body to accommodate the larger S-Pen. 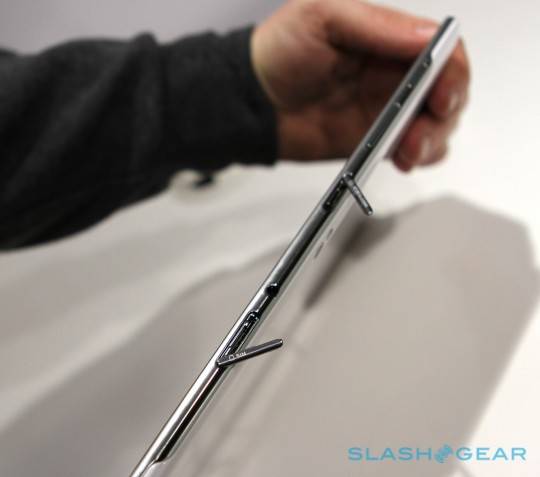 The new tablet gets an upgraded 1.4Ghz dual-core Exynos processor, but otherwise keeps the specifications of the Galaxy Tab 2 10.1 edition. That includes an HSPA+ radio, at least in the version that Samsung is showing off at MWC. ON the software side it’s equipped with Ice Cream Sandwich and Samsung TouchWiz, plus Adobe Photoshop Touch and Adobe Ideas – a perfect compliment to the pen-based input. Samsung’s handwriting recognition in particular seems much advanced from the Gingerbread-based Galaxy Note smartphone.

Samsung didn’t say when the Galaxy Note 10.1 would be made available, or for how much – but you can expect it to demand a premium over the other 10.-inch models. Keep a lookout at the Mobile World Congress portal this week for more hands-on looks at new hardware.