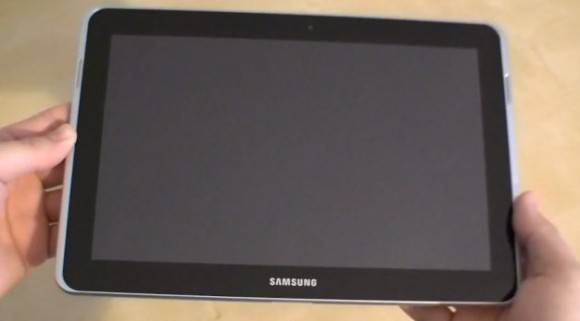 Uh oh folks, it looks like Apple isn’t ready to stop just yet and apparently the new Samsung Galaxy Tab 10.1N that Samsung released in Germany specifically to avoid Apple’s lawsuits didn’t manage to escape. Samsung has been under some heavy attack in Germany, Australia and other parts of the world for the Galaxy Tab 10.1 because Apple claims it infringes on their patents and design. Today Apple seeks another injunction on the new Tab 10.1N and a court date has been set.

The new Tab 10.1 was released in Germany earlier this month and we even received some hands-on video here. Clearly Samsung made a few changes in hopes to avoid the fruit company by tweaking the design and making the bezel actually wrap around front of the device rather than lay flat. The video linked to above goes through the changes for those interested.

Today FOSSPatents has updated with new details claiming Apple has again asked the German courts to ban the Galaxy Tab in Germany and they are now claiming the design changes were not big enough, that it still infringes on their patents and design. We’ve been told the 10.1N was designed by Samsung with close help by their team of German lawyers so this would not happen. For now we don’t have any additional details and the Galaxy Tab 10.1N is currently still for sale in Germany. They have set an official court date for December 22nd where I’m sure Apple will request another ban and temporary injunction on the Samsung slate.

I’ve been trying to avoid these irritating lawsuit and patent cases but this one was worth a mention specifically because the device was designed to avoid this exact situation. We’ll be sure to update with any additional information as it becomes available.

[via FOSS Patents] — Thanks Dy4me