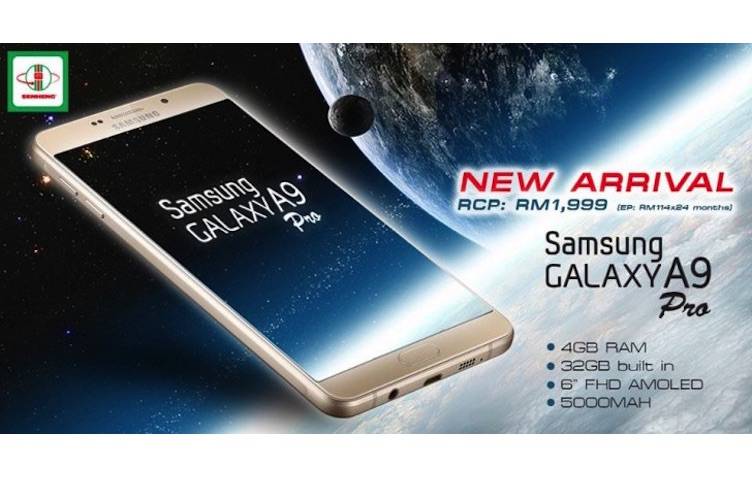 The Samsung Galaxy A9 Pro is finally and officially out in another market outside China. After being sighted in the FCC grounds last week, the new Galaxy smartphone’s international version is ready to take on the world. We’ve been waiting for this Android phone especially after it has broken cover in China earlier in March.

We’ve been saying that the Galaxy A9 Pro will be sporting a 5000mAh battery and the image above tells us the batt will really be huge. Those in Malaysia can finally avail of the smartphone from Senheng for RM 1,999 which is about $500. We don’t know when this will be available in the United States but expect it to arrive anytime soon since it’s been certified by the FCC already.

In case you’ve forgotten, the mid-range phablet comes equipped with a 6.0-inch FullHD (1080p) screen, Qualcomm Snapdragon 652 processor, 4GB RAM, 16MP rear-facing camera, 8MP front-facing camera, and Android 6.0 Marshmallow running already out of the box. This model is definitely the amped version of the original Galaxy A9 which only have 3GB RAM, 13MP main camera, 5MP selfie camera, and is powered by the sweet Android Lollipop.

The Samsung Galaxy A9 Pro smartphone first launched in China and now it’s ready for purchase in Malaysia. We’re expecting other countries in Asia, Europe, and North America to receive it soon.