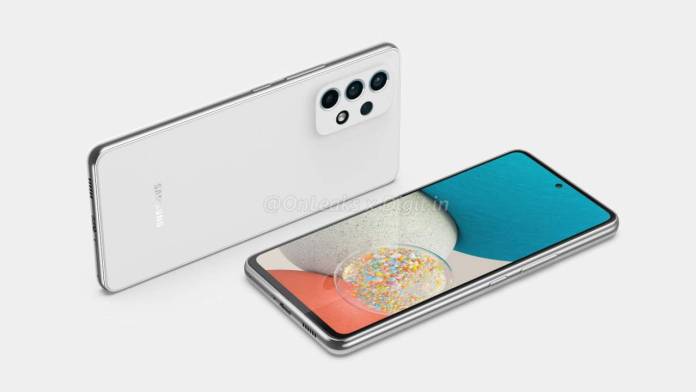 The Samsung Galaxy A53 is yet another mid-range smartphone from the South Korean tech giant. It has yet to launch so for now, we’ll settle on leaks and rumors. We know it won’t be long before the company makes the official announcement. More of than not, what we see surfacing usually turn out to be true. It will be more premium mid-range with the almost premium specs and features. The device will already run on Android 12 OS out of the box with an Exynos 1200 processor.

The model SM-A536U is said to be the Galaxy A53 to be released in the US. It will use Exynos 1200. The device has already reached Geekbench and scored 690 and 1,846 points on the single-core and multi-core CPU tests, respectively.

Samsung will use 6GB of RAM. No word though on storage capacity but we’re hoping it will start at 128GB if it’s not too much. The ARM Mali-G68 GPU will be present together with eight CPU cores of the Exynos 1200.

Other specs will include a 6.5-inch Super AMOLED Infinity-O screen with 120Hz refresh rate plus a Full HD+ resolution. There will be an IP68 rating, in-display fingerprint reader, and stereo speakers. Possible color options are as follows: Blue, Black, White, Blue, and Orange.

The 64MP quad camera system will allow good image quality. The 5000mAh battery will be powerful to offer an all-day battery life. Unfortunately, the 3.5mm headphone jack will not be a feature. That’s something we already mentioned before so yes, it’s really a bummer.

Samsung is committed to introducing more mid and low-end Galaxy phones with IP rating. That’s important because we know Samsung is concerned with durability and longevity of a product.