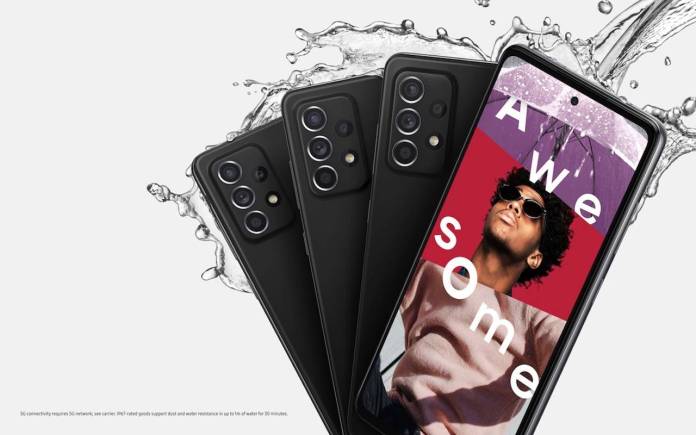 The Samsung Galaxy A52 released in April of this year is about to get a follow-up. The Galaxy A53 is expected to be made available in key markets. The phone will be out next year with four color options and more advanced specs compared to the Galaxy A52 and Galaxy A52s. The predecessors are already good enough but of course, there are plenty of rooms for improvements. Hopefully, we’re looking at a new processor and better design.

The Samsung Galaxy A53 will be available in orange, blue, black, and white. The orange one will be new. It’s not clear though if it will like the coral orange of the Galaxy A50 from a couple of years ago.

The Galaxy A53 could only be available with 5G connectivity. Usually, Samsung would release 4G and 5G variants but with the current move for more affordable 5G devices, the company could just be focusing on 5G versions. It won’t be long before 5G becomes a standard so maybe, the South Korean tech giant is preparing for the market.

The upcoming smartphone will also come with a 120Hz display similar to the Galaxy A52 5G and A52s. The main camera could be 64 megapixels or maybe even better.