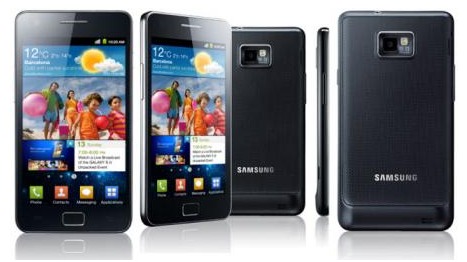 Some new sources are now claiming we will see the Samsung Epic Touch 4G hit the market over on the now network in yellow as soon as September 9th. The Epic Touch 4G will be the Samsung Galaxy S II for the WiMax carrier and the 4G in the name is a pretty good indication it will have those fast speeds to go along with it. We first heard about the Epic Touch 4G a few weeks ago and now it might only be a few more weeks wait til we actually see it hit the shelves.

What are sources have heard is the Epic Touch 4G will be the first Samsung Galaxy S II for the US market and will go along nicely as a top end device to rival the EVO 3D for the carrier. Sadly the first Samsung Epic is still waiting for the update to Gingerbread while the new bigger brother could launch with it already. I’d be trading up if I were a Epic owner, but that’s just me.

From the looks of the report the Samsung superphone will be launching on Friday, September 9th and those WiMax speeds should help keep things moving right along. While the Epic Touch 4G looks nice I think I’m more excited about the Samsung Hercules we recently saw or even that awesome Droid HD but those wont be here as soon as the Epic will. If the Epic Touch 4G does launch on September 9th it just might end up being the first SGSII for the US and sources are claiming that to be case too. Either way that is just a few more weeks away so start getting excited if your EVO 4G is getting old and you’re ready to upgrade.