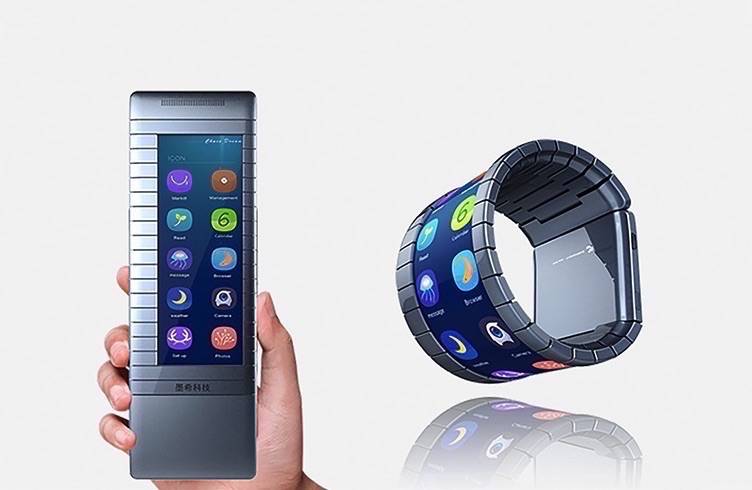 Samsung has just demoed the rollable display at the SID 2016 in San Francisco. The screen is only a prototype but it’s already expected to be used in foldable smartphones due next year. The South Korean tech giant still needs to do a lot things but at least we know there is already a progress in development. That’s something to be excited about but we won’t be surprised if other companies and OEM’s offer something similar first. The people at Samsung have got a lot of things on their plate that they may not be able to focus on such technology.

One Chinese startup who wants to get ahead is the Moxi Group. The company has made a new bendable smartphone that comes with a flexible touchscreen. This display is actually impressive as it’s easily bendable. Loop the display and you can still wear it like a bracelet. It is made up of ‘graphene’, a very thin and light but strong and transparent material already used in other mobile devices. It can bend or laid flat like a normal mobile device screen.

The company behind the display has been working on a smartphone. The render we see is only for a prototype but the idea is clear to us. The group is producing samples and prototypes already for testing to reach that goal of releasing 100,000 units commercially in China.

The bendable smartphone is said to cost 5,000 yuan. That’s around $760. It’s too pricey for a phone that only has a black-and-white screen but still “affordable” for those who can and wants the latest in tech and gadgets. Moxi will directly compete with Samsung although the South Korean tech giant will release the foldable smartphone next year. There’s also LG who has started to make phones with graphene. Samsung has the curved screens in Edge phones while LG already has the Flex line.

A bendable smartphone is something many people have imagined. Such used to be dream but it’s slowly becoming a reality. It may really take some time before the technology is perfected, or at least approved for public release. This is still a work in progress just like the Samsung rollable display so don’t expect too much.

The name Moxi is pronounced as “mou-she”. In Chinese, the word actually means “graphene” so we have high expectations from this one. Unlike Samsung’s, the Moxi display is only black and white. A full color version is still being planned and hopefully ready by year 2018. Moxi says it’s quite challenging to make for now. It’s not impossible but it will take them a while.