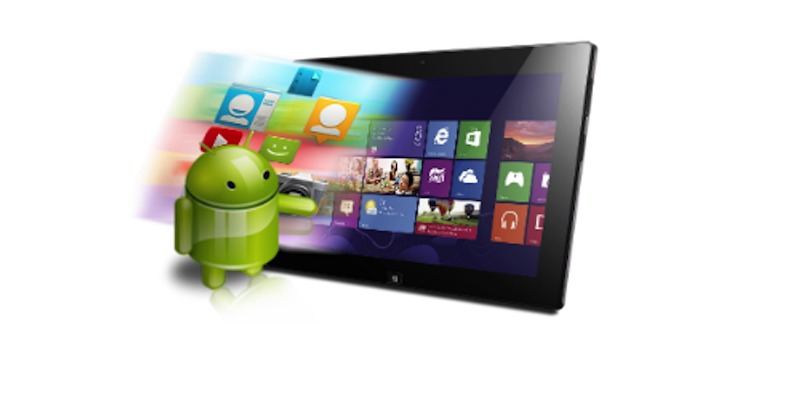 The idea to run Android apps on other platforms is nothing new. We said it may be possible by running an emulator on Windows Phone. Last year, Windows 8 was tipped to be dual-booting with Android by June but nothing really materialized. More than a year after mulling over a decision to allow Android apps on Windows, here comes AMIDuOS. Well, this isn’t an official Microsoft project but this program can start an Android environment on your Windows 7 or Windows 8 computer.

American Megatrends developed the AMIDuOS that allows the user to switch from Windows to Android without dual-booting. A native Android environment is created on Windows. It can run almost all Android apps and can even acess the Amazon Appstore.

How is this Android running on a Windows PC possible? AMIDuOS uses Windows OpenGL drivers. These drivers allow support for graphics-intensive games and fast frame rates. According toAmerican Megatrends , AMIDuOS runs in a native x86-mode most of the time but it may switch to ARM emulation if there is a need.

What’s good about this program is that you can have a full Android experience on your PC or Windows Phone tablet or smartphone. It can also take advantage of the device’s sensors and features like ambient light sensors, orientation, compass, and gyrometer. The Android experience won’t be any different because you can also use third-party keyboards. To make things more exciting and convenient, you can also share files, videos, audio, and photos between Android and Windows.

Download AMIDuOS installer on you Windows 7 or Windows 8 tablet or PC. You can try the program for free but be ready to shell out $9.99 after the trial period. AMIDuOS runs KitKat but it should be ready for Android Lollipop in the near future.