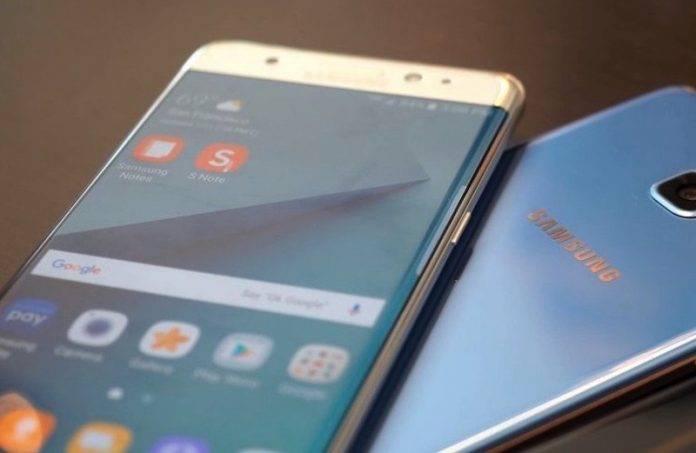 We had a feeling that something is still wrong with the new Galaxy Note 7 as Samsung is said to be still receiving new complaints with the battery replacement. The South Korea tech giant has been busy with the phone exchange program and has resumed sales in some countries. Before all these happened, Samsung quickly did a recall and announced that the first batch of Note 7 units be returned to them or to the retailer or carrier where they purchased the phone.

Mobile carriers have announced their exchange process while airlines warned about not bringing the phone inside the aircraft. The FAA discouraged its use and charging on flights after much deliberation. In Australia, three airlines officially ban use and charging of the phone.

We’re not really sure what happened here but a Note 7 reportedly caught fire while inside a plane. It’s not an old Note 7 but a replacement unit already. Flight 944 of Southwest Airlines (Louisville to Baltimore) was delayed when a Note 7 started to smoke. This incident happened when the phone was turned off and placed inside the owner’s pocket.

There’s no actual mention of explosion but you know what they say, “Where there’s smoke there’s fire”. The owner Brian Green said he bought the phone on September 21 from an AT&T store. Ideally, the unit should be safe because of the date it was purchased. Green also said the green battery indicator is there so we know it’s supposed to be really “safe”. There’s also that black square symbol on the box so somehow, Green was certain the phone has been approved for safety.

The problematic Note 7 unit is now with the Louisville Fire Department for investigation. Samsung. There are a lot of questions why this still happened because if proven there’s still a problem, Samsung might do another recall. Now that’s going to be a big blow on the company who is already losing a heartbreaking amount.

Samsung has yet to make an official statement regarding this matter but we know the company will make its own investigation.