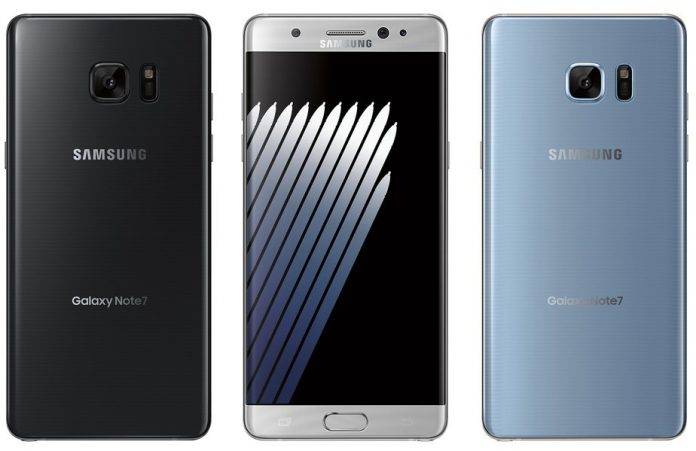 Just when Samsung has been able to slowly recuperate losses with the sales of their current flagships, capitalizing also on a lack of new products from rival Apple, along comes a worldwide recall for its newest premium product, the Galaxy Note 7. And while this recall will probably cost the OEM a lot of money, a “heartbreaking amount” as one executive puts it, analysts are saying that it should probably be worth it, at least reputation-wise.

We saw reports that there were a couple of cases where the battery of the Galaxy Note 7 was exploding while charging. We though it was just some isolated incidents, but when Samsung announced a global recall of the phablet, then we knew there was really something wrong. Analysts are estimating that they would have to spend at least $1 billion to be able to replace all the 2.5 million Galaxy Note 7 that started shipping two weeks ago. And while it will of course hurt their coffers, it is still less than 5% of their projected net income for this year, which is at $20.6 billion.

Some of the cost should be shouldered by Samsung SDI Co, the company’s affiliated battery manufacturer. Although they have not made an announcement as to which battery was to blame, Samsung SDI supplied 70% of the Note 7’s battery while Chinese battery maker Amperex Technology provided the other 30%. Noticeable is the fact that Samsung stopped ordering batteries from Samsung SDI Co, so we can draw our own conclusions from that.

The impact of this recall will be seen in how it will affect the brand in the long run, especially when Apple does release the imminent iPhone 7. Samsung was stepping up to its game in light of an absence of their main competitor’s new release. Their “time advantage” is all but gone now, so all that’s left to see if people will still buy the well-reviewed Galaxy Note 7 when the replacement devices arrive, which hopefully will have no more exploding batteries.