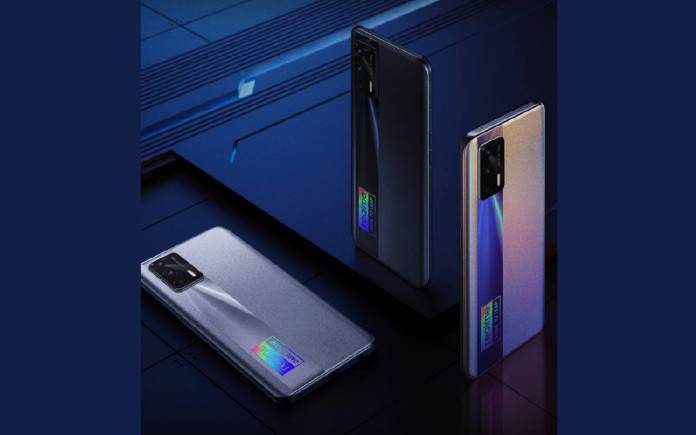 The Realme GT Neo 2 is expected to launch very soon. Details have been leaked ahead of the official product announcement. We also have an idea of the how the phone will look like. The device has been confirmed to be released in India later this year. Note that the Realme GT Neo was introduced only in April. It was actually quickly followed by the Realme X7 Max 5G. The Realme GT Neo 2’s launch seems early but it’s happening.

To recap, the Realme X7 Max 5G sold more than one million units in India. It’s a bestseller so Realme wants to take advantage and follow with a similar but even better model.

Abhishek Yadav (@yabhishekhd) shared the specs of the upcoming smartphone. The phone is said to come with a 6.62-inch screen with FHD+ resolution, 120hz refresh rate, 8GB RAM, and 128GB onboard storage. It will run on Snapdragon 870 processor and a 5000mAh battery.

When it comes to the camera system, there will be a 16MP selfie camera plus a triple rear camera system with 64MP + 8MP + 2MP rear shooters. The device will use Android 11 out of the box.

Realme is a sub-brand of OPPO. It’s been a really prolific brand lately, introducing new technologies left and right. There is the Realme Pad said to feature a 7100mAh battery and a MediaTek Helio G80 processor. We also saw the Realme Narzo 50A renders, Realme MagDart technology, Realme MagDart wireless charger, and the Realme Flash with MagDart Wallet.