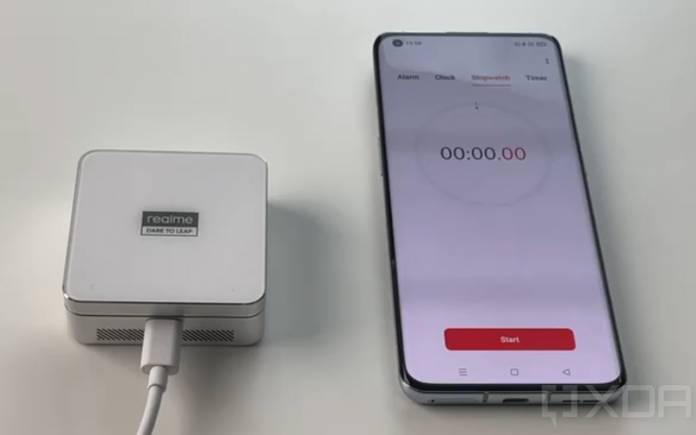 Last week, we shared with you the Realme Flash. It’s the first Android phone with magnetic wireless charging. It features the MagDart which is pretty much like the MagSafe wireless charger technology of Apple. The new charging technology is ready to make a difference for Realme phones. The MagDart charging has been tested by XDA and we have some details about the new charging tech. MagDart by Realme has been sighted on the EUIPO. Renders and demos have surfaced including a charging test video.

The Realme MagDart charger is fast. It can charge from 18 to 26% within three minutes. It could mean the phone’s battery may reach to 100% in less than a minute.

The phone isn’t commercially available yet but it may come with a dual-cell battery. The charger is said to bring 35W power to the device. The small wireless charger is powerful for its size with an output power of 50W. 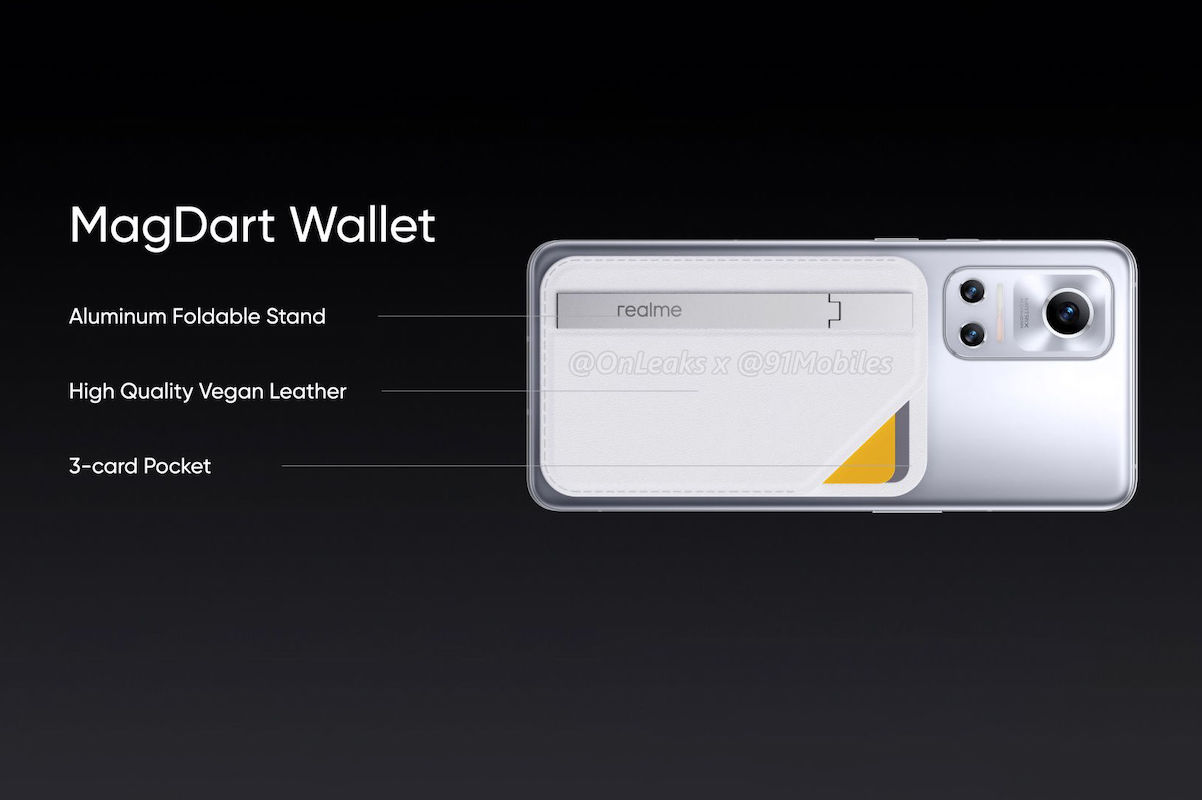 Here is an exclusive render of the Realme MagDart Wallet by 91mobiles. It comes with a leather finish, a three-card pocket, and an aluminium stand. It can easily and magnetically attach to the Realme Flash smartphone.

The Realme MagDart Wallet will be ready in white. Other color options may also be introduced. The leather finish tells us Realme cares about quality.