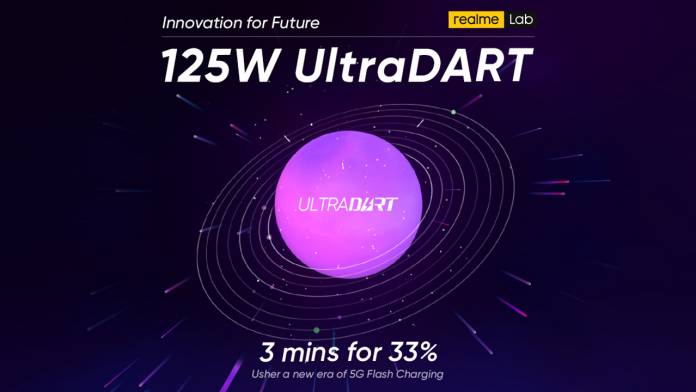 Realme was slated to introduce its 125W UltraDART technology today and they’ve kept the promise. Just a day after OPPO showcased their Flash Charge Technology, Realme has shown off its ultra-fast battery charging solution which it claims has met all the safety standards. The tech promises a charge time of just three minutes from zero to 33% for a 4,000mAh battery.

Realme is using the setup of dual 6C cells which converts 20V at 6.25A electricity to 10V at 12.5A using the three parallel circuits. This is done by charging the dual 2,000mAh cells separately to keep the temperatures in check. The UltraDART tech has compatibility for multitude protocols – 125W PPS, 65W PD, and 36W QC which makes it backward compatible with earlier Dart standards.

For safety, the company has placed 14 temperature sensors and internal cooling hardware to prevent any overheating. In fact, they claim, the temperatures even with this insane battery charging speed, never cross 40 Degrees Celsius. This is convincing, and if indeed the temperatures are kept under control battery degradation shouldn’t be an issue. 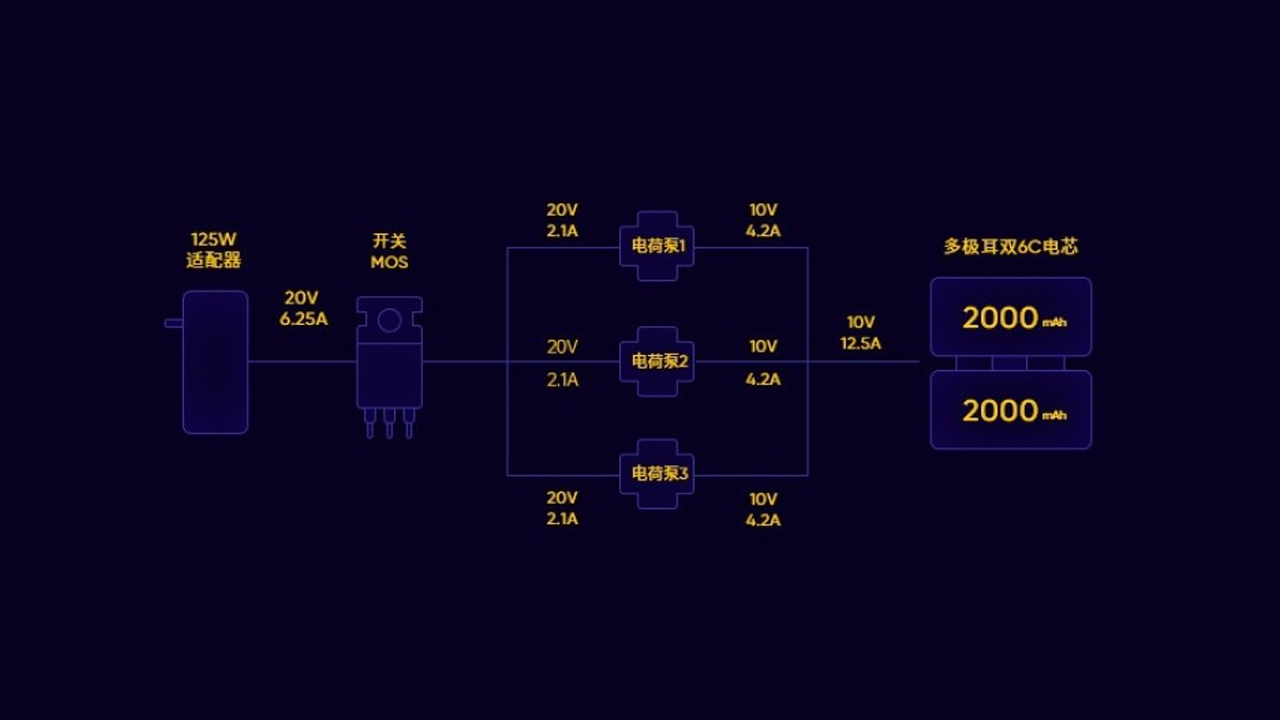 The demonstration on Weibo doesn’t show the zero to 100% charging speed, but the time should be around 15-20 minutes. OPPO’s recent demonstration shows a charge of 20 minutes time for 4,000mAh battery while IQOO managed to beat that, demonstrating its upcoming fast charging tech of 120W which juices up the device fully in just 15 minutes.

Realme has also confirmed that the technology will debut on a 5G phone coming next month, which is exciting. This means, we will see smartphones with 120W + fast charging solutions this year – OPPO and IQOO have already hinted at the same. We should also not forget, Xiaomi is also working on a similar, but around 100W fast charging technology.