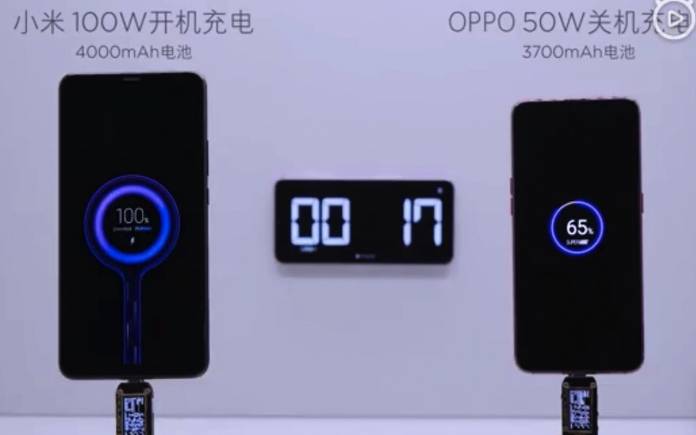 OPPO just released its latest charging solutions. The lineup is headlined by a 125W Flash Charger that can fully charge a 4000mAh battery within 20 minutes. That is an impressive feat but it is possible as demoed by the company. With this announcement, OPPO managed to overtake Xiaomi which earlier presented a 100W charging tech. If you may remember, a Xiaomi smartphone with 100W fast charging is also said to be on the cards. It was mentioned last month and believed that because the company already has the technology.

The Xiaomi Super Charge Turbo 100W was introduced last year. More details were shared by an executive back in February. And just the other day, we also saw that IQOO 120W fast charger being demonstrated. An “insane speed” was recorded. By insane we mean reaching 50% capacity within five minutes, 80% percent in 10 minutes, and 100% within 15 minutes. That’s faster than OPPO’s 125W charger as also demoed. Realme is also scheduled to introduce a 125W fast charging tech this week.

Xiaomi’s 100W charging solution is set to launch soon. It’s already in the production line since last month. Mass production is in process. It will also launch soon with a wireless charger possibly next month. 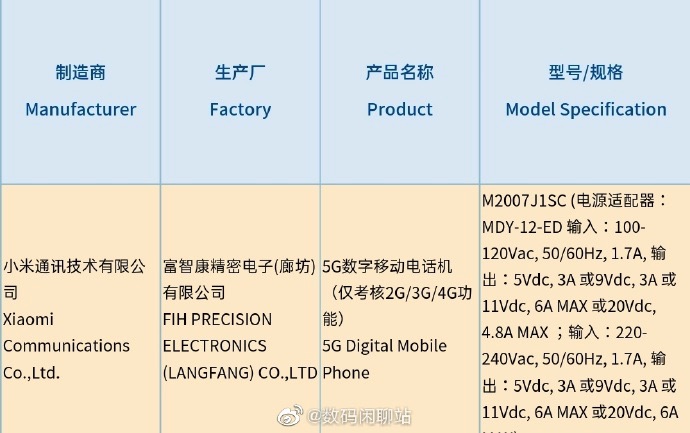 Sighted on Weibo are some details about the Xiaomi 100W charging tech. It has received certification with up to 120W output so we know it’s really fast.

It seems the game is on for the fastest charging solution. It’s good because the consumers now have more options. We’ll know once these technologies and solutions are readily available for everyone.