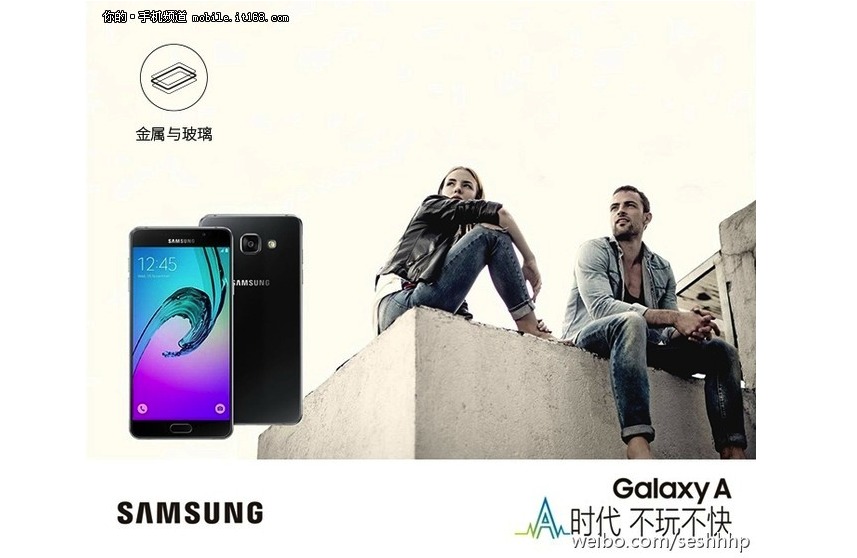 Enough of those renders and rumors as some press materials for the Samsung Galaxy A9 recently surfaced. So it’ still not an official announcement but this set posted on Weibo earlier looks legit. The next Galaxy A is coming version soon, we can feel it. After the latest Galaxy A3, Galaxy A5, Galaxy A7, and the Galaxy A8 (Japan only), here’s their other sibling—the Galaxy A9.

The Galaxy A9 specs were also leaked a few weeks ago through Geekbench with a Snapdragon 620 processor. It was sighed on AnTuTu as well and now this that looks like a promo material to be circulated in China. Based on the ad, the Galaxy A9 looks like its other ‘A’ siblings that actually look a bit similar to the Galaxy S6.

Phone already runs only Android 5.1.1 Lollipop and not Android 6.0 out of the box. The TouchWiz UI still runs on top of the Android platform and there’s also quick charging technology which we’re assuming is Quick Charge 3.0.

There will be Gold, White, and Black versions based on this leak. As for the pricing, it will be CNY 3,000 which is about $463.