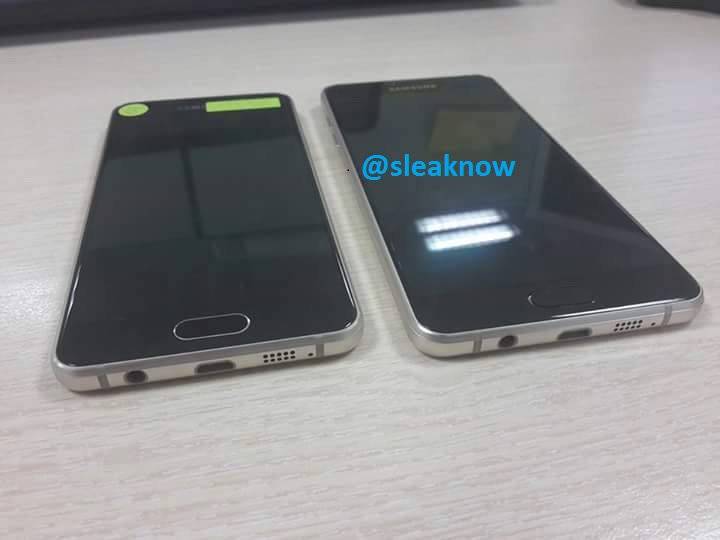 After Samsung is done unveiling the newest flagships at the beginning and middle of each year, the South Korean tech giant is usually poised to reveal more just before the year ends. Around this time last year, Samsung introduced the Galaxy A5 and Galaxy A3 and now we can expect 2015 editions will roll out soon. Images and more information about the new Galaxy A series phones were recently leaked, giving us an idea that the next pair could have a mirror finish. It seems the back cover will be made of glass instead of metal like last year’s models.

The Samsung Galaxy A3 and A5 were believed to have found their way on GFXBench database. Models (SM-A310) and A5 (SM-A510) are the two new Galaxy phones expected to be announced for the holiday season. The Galaxy A3 is said to have a 4.7-inch HD display, Exynos 7580 processor with quad-core 1.5GHz CPU and Mali-T720 GPU, 16GB built-in storage, 1.5GB RAM, 5MP front-facing cam, and a 13 megapixel rear camera. As for the Galaxy A5, phone is believed to have a bigger 5.2-inch screen, 1.62GB RAM, 1.6 GHz Exynos 7 Octa, 13MP rear camera, and a 5MP selfie shooter. We’re guessing a fingerprint scanner too so we can utilize Samsung Pay.

No mention if they will get Android 6.0 Marshmallow eventually but the smartphones will run Android 5.1.1 Lollipop out of the box.