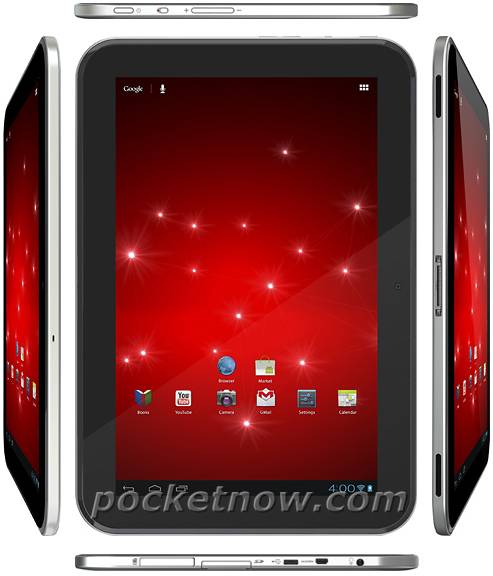 Stop the presses! there’s a JPEG floating around in the same vicinity as the words “Nexus” and “Tablet”! Everybody commence hooting and/or hollering! PocketNow has posted a photo of what’s purported to be the much-anticipated “Nexus Tablet”, rumored for months and expected to come sometime this summer from manufacturer ASUS. The photo shows a generic Ice Cream Sandwich tablet from all angles except the back, with only official ICS anf Google apps displayed on the stock launcher. In addition to the standard buttons and an ASUS/Samsung-style tablet port, there’s a MicroUSB port, standard USB port, SIM card slot and what looks like a full-sized SD card slot.

Let’s be frank, shall we? With an hour of free time and a few press shots from a Galaxy Tab and a smattering of other Android tablets, I could remake this image in Photoshop with pixel-perfect accuracy. That and the lack of a source in PocketNow’s story lead me to be highly suspicious of this render. That doesn’t mean that it’s a fake, it just doesn’t present any compelling evidence that it’s real. There are a few inconsistencies in the image: it uses the odd combination of power and volume buttons on the top (portrait) with a docking port and camera on either side (landscape). Also note that Android Market icon is still present, despite the Google Play Store replacing it a month ago.

With all the rumors flying around Google is probably planning something to do with tablets, but we still haven’t seen any rock-solid evidence that the “Nexus Tablet” is on its way, from ASUS or anyone else. If such a device is coming, Google’s I/O conference in June would seem like the likely place to unveil it. A cheap, reliable and most importantly stock Android device would be a compelling entry into the market in the face of the iPad and Kindle Fire, but as far as this tablet goes, there’s still nothing written in stone.

UPDATE: Android Community editor Cory Gunther pointed out that the above render bears a striking resemblance to the Toshiba 7.7-inch Tegra 3 tablet we saw at CES. It’s not identical, but it’s close, and the original device was labelled as a prototype. Check out our hands-on coverage here. 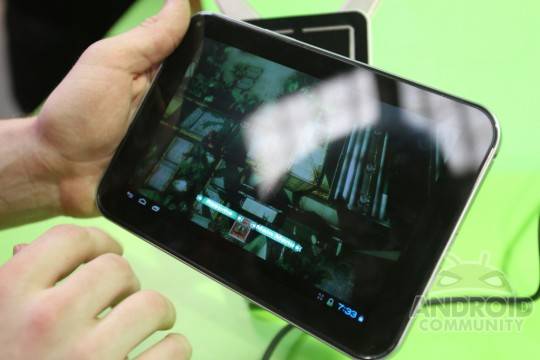