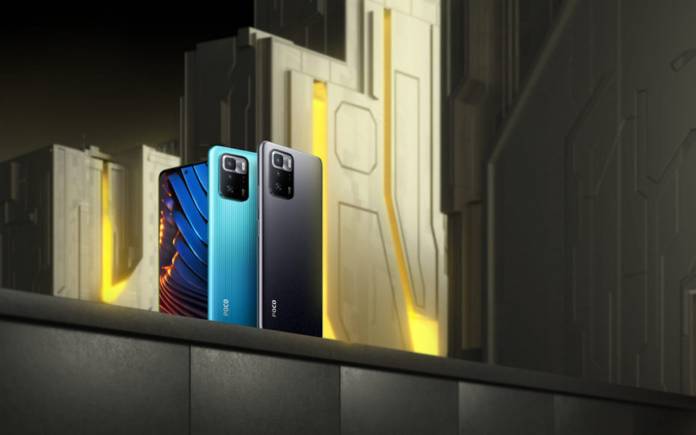 The POCO X3 NFC was officially announced with Snapdragon 732G processor in September last year. Almost a year later, here’s a follow-up smartphone: the POCO X3 GT. We earlier thought it would be the POCO X3 Pro as image renders surfaced. We imagined a downgraded camera system and an average display and now we can confirm some important details. POCO X3 GT promises to deliver “speed past power” as made possible by the premium performing Dimensity 1100 5G mobile processor.

The performance speedster POCO X3 GT is ready for extreme mobile gaming and entertainment. It will be out first in China and will soon be released in other countries in Southeast Asia, Latin America, Africa, and the Middle East. Starting price is only $299 so it’s very affordable for a phone with almost premium specs.

The POCO X3 GT boasts a 120Hz DynamicSwitch DotDisplay, 64MP triple camera, Dual 5G SIM, and a 5000mAh battery with 67W Turbo Charging technology. As with most premium phones in the market today, this one also comes with Corning Gorilla Glass Victus for protection.

POCO Global now has three X series phones: the POCO X3 Pro, POCO X3 NFC, and now the POCO X3 GT. With the new model, we believe more will be added to the 20 million units POCO already sold since 2018.