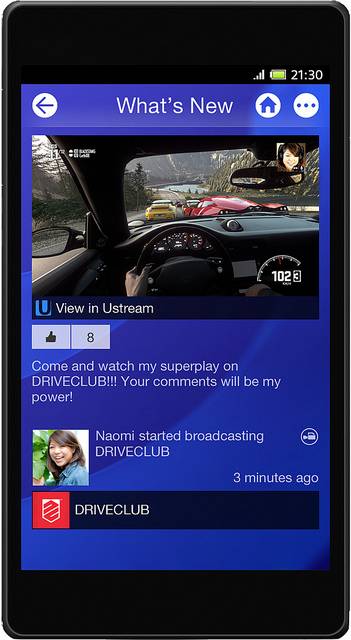 Gaming season is almost upon us and soon we’ll be seeing the next-gen consoles out on shelves everywhere. But no modern-day gaming experience would be complete without some sort of mobile tie-in and the Playstation 4 is no different. Sony is now confirming that owners of its new console will be able to experience the added power of the Playstation app for Android late next month, depending on their region.

The Playstation mobile app first came to light early this year when Sony unveiled its next-gen Playstation 4 console. Back then, the app sounded like the holy grail of mobile gaming, allowing Android and iOS device owners to start a game on the console, pause it, and then pick up where they left off on their mobile device, all via the magic of “Remote Play”. Whether that feature actually makes it into the final iteration of the app, remains to be seen.

The app that was showcased last month at the Tokyo Game Show was definitely more toned down and, in some sense, more practical. We didn’t see the promise of Remote Play. The app, however, demonstrated an Android device, in this case, a Sony Xperia Z1, used as a secondary input or display for games that have been built to support such a feature. Sony did indeed later detail the various features of the app, including, of course, social networking. Here’s the video again of Sony Computer Entertainment President Shuhei Yoshida using the app for an augmented reality game.

It seems that the app won’t be limited to Sony smartphones, or at least we hope so, but all information we have so far point to working only with a Playstation 4 or at the very least requires a Playstation Network account. The Playstation app for Android will be rolling out in the US on November 13, while European gamers will have to wait a bit longer until November 22.