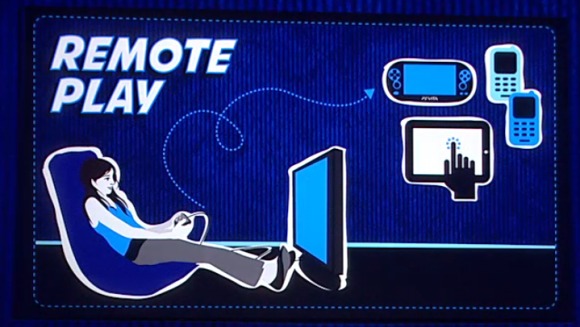 Thanks to Sony and Gaikai, PlayStation’s cloud gaming service will bring a revolutionary change to game consoles. The service will allow you to stream games from your PlayStation 4 directly to your mobile device. The “mobile device” doesn’t necessarily have to be a Sony device (although I bet Sony would want it to be). It can be any Android smartphone or tablet with a decent GPU capable of handling the cloud-gaming stream.

By integrating the PlayStation 4 with Android devices, Sony is opening up its market to the entirety of the Android audience. Many Android users will be pleased to know that they won’t have to purchase a PlayStation Vita in order to take advantage of the “Remote Play” feature. They can continue to play their PlayStation 4 games while they’re lying on their bed, or using the bathroom, straight from their Android smartphone or tablet.

Alongside the Remote Play feature, there should be other apps as well that let you interact with your PlayStation 4 games. Evolution Studios, the creator of DRIVE CLUB, stated that their game will be 24/7 untethered. There was a glimpse of a tablet being used to control aspects of the game. Perhaps DRIVE CLUB, and games like that, will feature a social aspect that will allow gamers to check their statistics, friend’s list, and messages through their mobile device. For more, info, you can check out the PlayStation 4 event wrap-up.