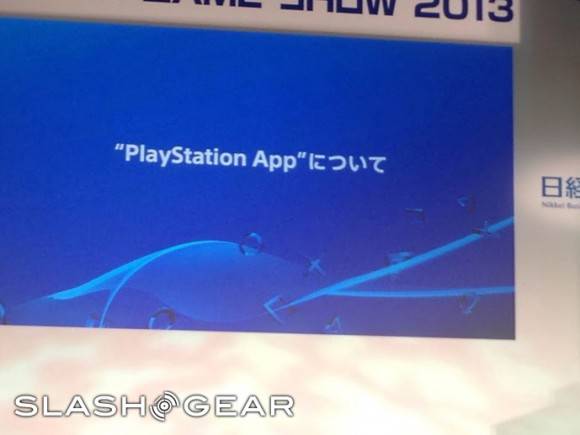 Here at the Tokyo Game Show 2013, Sony just unloaded a bunch of announcements revolving around its Playstation brand. While most were probably anticipating Sony’s new details on its upcoming next generation Playstation 4 gaming consoke, the company also unveiled an interesting new product in the form of a mobile app for Android and iOS devices.

The app, simply called “Playstation App”, brings in features that you would expect in a mobile app associated with a gaming platform. It lets users connect with friends and get updated on their latest activities, including new games that they bought or marked as their favorite. Of course, there is also integration with various social networking sites such as Facebook and Twitter, as well as access to game play broadcasts on Ustream.

But the app also has a special function. It can turn your Android smartphone or tablet into an additional gaming controller. For example, it could act as a device to draw or grab objects from to throw at a dozen or so white robots for them to play with or dodge. All of this is shown in an on-stage augmented reality demonstration that you can watch below.

The demo was done on a Sony Xperia Z1, but we’ll keep our hopes up that it will also be compatible with any Android device. There are also no details on which games will be supporting this new controller feature, but we’re sure to find out more as the Playstation 4 gets closer to its release date.