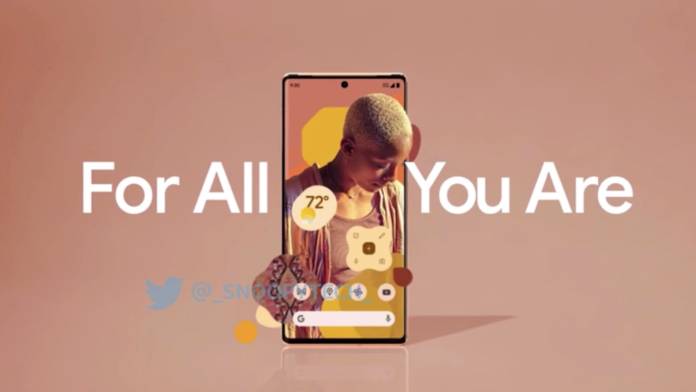 This week, Google will be busy because of the Pixel 6 launch. This also means a busy week for the whole Android community and those who have been anticipating for whatever the tech giant has in store for the consumers. The Pixel series phones aren’t always the best if we’re going to discuss specs but its features are advanced. They are always loaded with the latest Android version which also means the Pixel series devices will be the first in the world to show off whatever the new platform version can offer.

Tomorrow, October 19, 2021 at 10AM PT, Google will launch the new Pixel phones. We can expect the regular Pixel 6 and the Pixel 6 Pro. The ultimate variant will no longer be called XL.

The Pixel Fall Launch has been confirmed and we’ve started counting the hours. Some photo and video samples have surface ahead of launch and so we’re looking forward to checking out the actual phones.

In recent weeks, we have told you what we know so far. A few days and hours before the Pixel Fall Launch, we’re learning more about the new Pixel duo. Snoopytech (@snoopytech) shared the specs.

The Google Pixel 6 will be a bar type phone (not foldable). It will run on Android 12 and 12GB of RAM with 128GB onboard storage. The Google Tensor is very much certain.

The Pixel 6 will feature a 6.4-inch AMOLED screen with 403 ppi and 2340 x 1080 pixel resolution. The dual camera system consists of a 50MP wide angle and 12MP ultra wide angle. The selfie camera is 12 megapixels.

The phone will already offer 5G connectivity, NFC, Bluetooth 5.2, and USB 3.1 (Type C). There is also be a fingerprint sensor and some 1P68 water and dust-proof rating.

There will be three cameras on the rear: 50MP wide, 48MP telephoto, and 12MP ultrawide. The selfie camera is also 12 megapixels. Connectivity options are similar to the Pixel 6. Dimensions will be 75.8mm x 163.9mm x 8.9mm.

Some videos have also surfaced online. The latest we have seen appear to be legit from Google. One video showcases the Pixel 6’s features like the Google Tensor chip, Magic Eraser, Live Translate, and Security Hub.