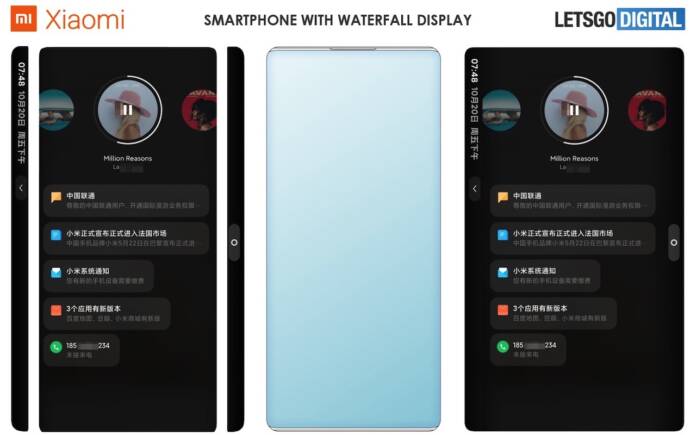 Xiaomi knows the mobile business. It may no longer be the top Chinese OEM since Huawei is now the mobile king in China but there is no stopping the company from coming up with new and innovative products and technology. Xiaomi has actually grown into a known lifestyle brand coming up with items other than smartphones and smartwatches. Xiaomi actually has a number of sub-brands we know today including Redmi, Black Shark, and Pocophone which is now a separate entity.

Today, we’re learning about Xiaomi’s plan for a future smartphone. The idea is nothing new but it’s interesting to see pieces of evidence that point to a new product, service, or technology. A series of patent application was sighted recently pertaining to a Xiaomi phone with a waterfall display and under-screen camera.

We’ve seen phones with a waterfall screen, as well as, an under-display camera but Xiaomi hasn’t recently implemented such. Maybe later this year, we’ll get to see new phones with the said tech.

The images you see below show a smartphone with a 90-degree round screen with side control. There is no notch nor a punch-hole because the selfie camera is hidden under the screen. We’re thinking the next Mi Mix phone will have these features since the series usually comes with futuristic specs.

The design patent before you is described as remarkable. We’re looking forward to these designs and technologies being used. These advancements are major and we know more OEMs will follow Xiaomi once the latter introduces them officially.

A Xiaomi phone with an under-screen camera isn’t impossible. It’s only a matter of time before the company shows off a new phone with this tech. Let’s just wait and see.