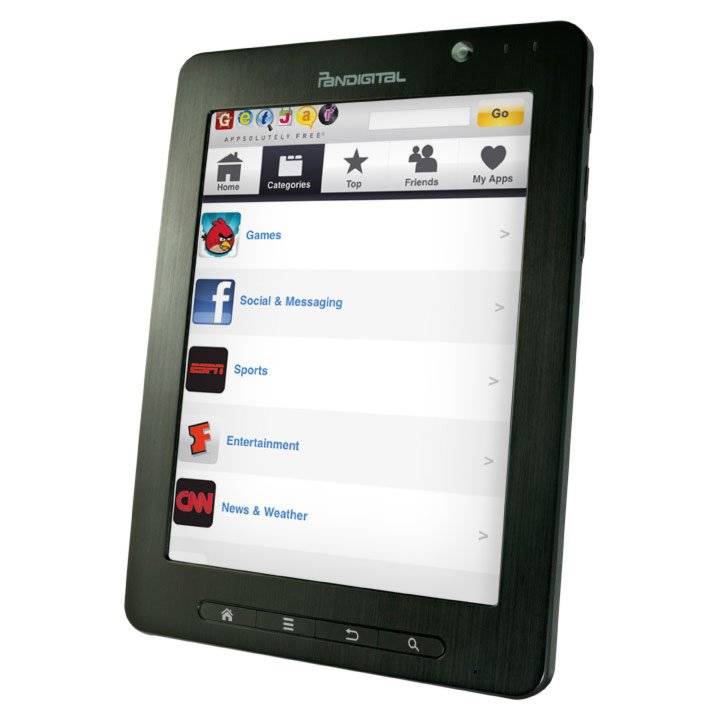 It’s positively raining cheap wifi tablets lately. The big brother to the original Pandigital Nova is the SuperNova, and after munching down a Super Mushroom it’s upgraded to an 8-inch capacitive display. Unfortunately, the resolution is still a rather disappointing 800 x 600 in a 4:3 aspect ratio. The budget tablet should hit retailers soon at a price of $229.

Other hardware details include a 1Ghz single-core processor, an onboard micro-HDMI port and Bluetooth 2.1. Internal storage is 4GB with a free MicroSD slot for expansion. Pandigital doesn’t have Google’s blessing for any of their tablet offerings, so users will have to make do with the GetJar alternative app store. A few built-in apps like Barnes & Noble’s ebook store, YouTube and Adobe Flash help spruce up the Gingerbread operating system before owners download anything new. According to Pandigital’s press release, the SuperNova will be available in mid-October at retail locations across the US.

Slightly larger screen notwithstanding, it’s hard to see why anyone would pick up a SuperNova over any of its close competitors. If you’re looking for a cheap, hack-friendly tablet, the Barnes & Noble Nook Color is just $20 more (or even less if you play your cards right) and the solid HTC Flyer now provides a full Gingerbread tablet with access to the Android Market for $299. If you’re dead-set on a cheap tablet and you’ve got some spare patience, Amazon’s Kindle Fire will release in just over a month for only $199.