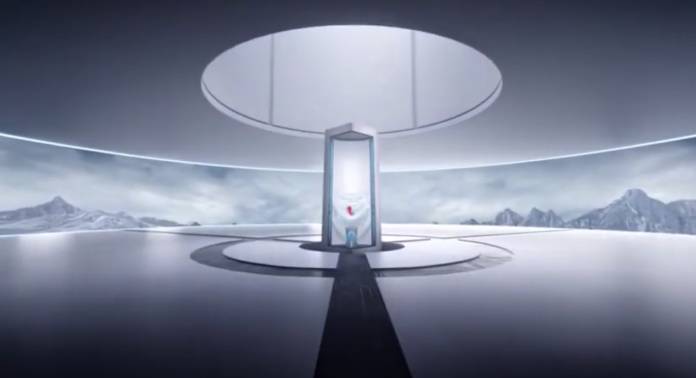 Last week, we learned about the possibility of an OPPO phone with an under-display camera may be announced soon. It’s not the first time to hear about the topic because earlier this month, we also heard about Xiaomi and OPPO working on respective under display camera technologies. This tech is said to eliminate the need for a notch or a pop-up selfie camera, resulting in a truly bezel-less display. As for OPPO, it’s getting ahead of the game by working on its own under-screen camera.

The under-display camera may be implemented on the next OPPO phone. Oppo may just announce the technology but it will be better if it’s demonstrated with a real smartphone. The June 26 launch is going to happen at the MWC in Shanghai.

OPPO seems to be ready for release and so a video teaser is published on YouTube. Watch the video below:

A teaser image has surfaced online. It’s suggesting an under-display camera that will replace the camera hole and notch that are presently used on the latest flagship Android phones. This reminds us of the “perfect, notchless smartphone screen experience” OPPO presented before.

This promo video shows ab under-display camera solution OPPO has been working on. We’re looking forward to a prototype that may be presented to the public. However, we’re not expecting much except for an impressive screen-to-body ratio and the under-screen camera tech.

OPPO’s under-display technology will have the selfie camera capture photos. When not in use, the screen works normally as a display. You may see a ring around the camera so you will know when to look when you need to take a selfie.

The last phone introduced by OPPO was the Reno Z. That mid-range phone launched with a notch and a 32MP selfie cam plus 6GB RAM and 256GB storage. There’s also the OPPO K3 with an almost full-screen display and a pop-up selfie cam. The next OPPO phone may wow the public with the under-display camera feature. Let’s see.