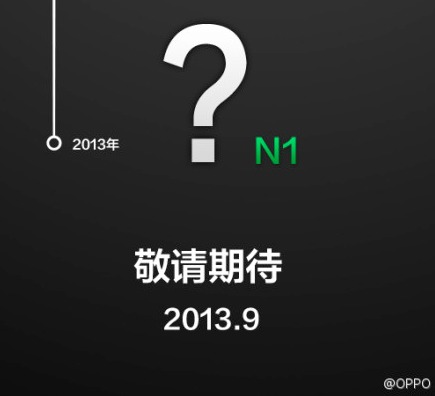 This year has been all about the camera when it comes to smartphones. Whether that be Samsung’s Galaxy Camera hybrid, Nokia adding a 41MP camera to their Lumia 1020, or Sony’s recently leaked clip-on 21 megapixel lens attachment. Well, the folks from Oppo want to get in on the action, and have just teased (and made official, in a way) the Oppo N1 cameraphone.

Earlier this month we received our first leaked images, which were only rendering, suggesting Oppo was working on a camera-centric smartphone. This afternoon however the company has confirmed it with a slew of teaser images, and it looks like we’ll know all the details next month.

The Oppo “N-Lens” series was also talked about and made the rounds through the rumor mills. And now Oppo is set to announce the new N1 smartphone next month. That doesn’t 100% confirm it, but things are shaping up quite well.

Oppo is an extremely popular and fast growing Chinese manufacturer and we loved the Find 5. The new Oppo N1 is set to be quite the smartphone coming with a 12 megapixel camera using their new “Owl” tech for greater low light photography performance, as well as a Xenon flash. There’s also rumors of a 5-inch or bigger 1080p display, and the camera possibly being 16 megapixels, which would make more sense. Stay tuned as it looks like we’ll be finding out more details next month.