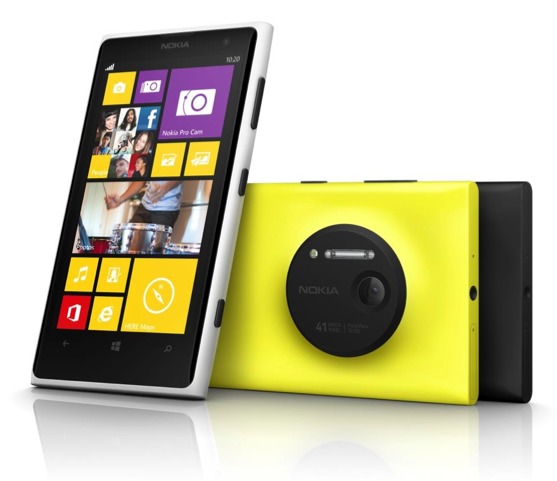 Nokia has announced the new Nokia Lumia 1020, the company’s first 41 megapixel PureView smartphone running on Windows Phone 8. Yes, a 41 MP camera all on a smartphone that is basically as thin as everything else available today. Our friends and sister site SlashGear have more details, but our first thought was where’s a 41 megapixel cameraphone for Android? And do we even need one?

The Lumia 1020 builds on Nokia’s pixel-oversampling technology from previous devices, tosses in a Xenon flash, and blends it into a high-end Windows Phone 8 handset. The latest trend has been throwing upwards of 13 megapixel cameras on Android phones, save for Samsung and their 16 megapixel Galaxy Camera, so what gives?

The 1020 is a bit of a engineering achievement to say the least. Considering they’ve managed to pack that impressive 41 megapixel camera into a smartphone and keep it relatively thin. Compare that to Samsung’s latest Galaxy S4 Zoom smartphone, which has a huge hump on back for the lens. That isn’t all either. The 1020 has a 4.5-inch 720p HD AMOLED display, a powerful Snapdragon processor with 2GB of RAM, 4G LTE and more all while staying somewhat thin. Even the Galaxy S4 Zoom doesn’t have specs that good. 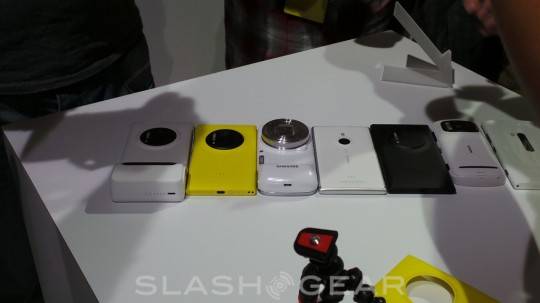 Lumia 1020 in Yellow next to the Galaxy S4 Zoom

So how did they do it? Will the photos be as good as a quality camera like we have on the Samsung Galaxy Camera? How well will it zoom? We’ll have to test it out to see. The Lumia 1020 41MP camera features optical image stabilization and a backside-illuminated sensor, Zeiss optics, and even a Pro Camera app for manual control over settings like exposure, ISO, and more. Samsung’s options can be tweaked, but they’re more about the pre-built settings than they are letting you make the choice.

For more details check out our Samsung Galaxy S4 Zoom hands-on from yesterday, as well as SlashGear’s hands-on with the Lumia 1020. Obviously we’d rather have Android on board, and we’ve been waiting for Nokia to make the jump, but that doesn’t appear to be happening anytime soon. Does the 1020 give you reason to switch?

Motorola’s upcoming Moto X offers a “Clear Pixel” camera with a new technology on a 10 megapixel shooter, and devices like the Galaxy S4 and upcoming LG G2 have 13 megapixel cameras. Do we really need 41 megapixels, and more importantly, is the camera THAT much better? We don’t know, but would love to find out.

It’s an interesting device, that’s for sure. We figured a quick look at the competition was in order today, as Nokia is aiming for Samsung pretty hard with the Lumia 1020.