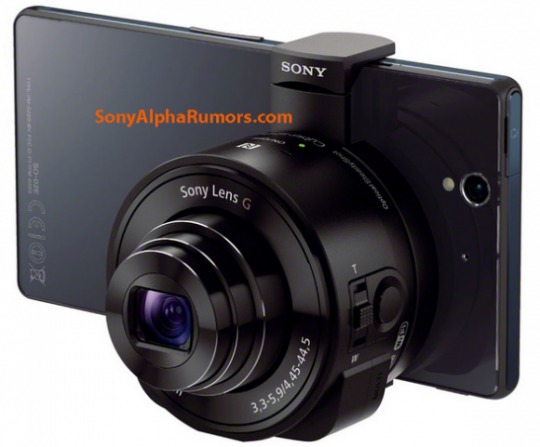 Sony has been a hot topic for rumors lately and many of these seem to be camera related. There are the 20MP Honami rumors and then there are the more recent such as the Sony Xperia “Lens G” setup. This is basically a clip-on lens for mobile devices. An earlier leaked image (sitting below) has it shown attached a smartphone, however it could just as easily be attached to a tablet.

We had already seen details about how this Lens G setup would be available in at least two models. Those model numbers are DSC-QX10 and DSC-QX100 and while Sony has yet to make an official announcement, it looks like a few additional details have since been revealed by way of leaked user manual. Or more specifically, by way of portions of a leaked user manual.

The manual shows both models and for the most part they look like they will have similar features. For example, both models will have a power button, microphone, zoom lever and shutter button. These clip-on attachments will also have a belt hook, tripod attachment, multifunctional jack and reset button along with a display panel. 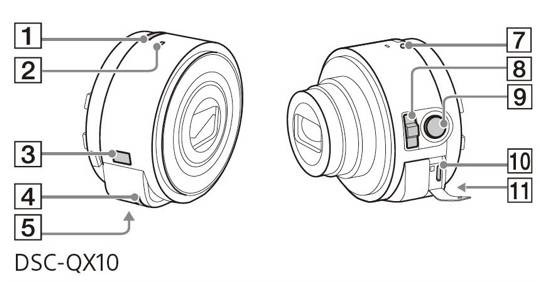 The display panel is said to have indicators for when memory card is not inserted and for when the battery is running low. The other items on these models is the green, orange and red indicator lights which indicate when the power is on, when the device is charging and when it is running video. We have also seen details about how the Lens G will have a rechargeable battery, but nothing indicating what size battery or what life can be expected per charge. 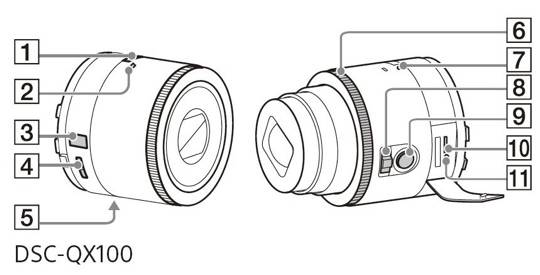 Shifting over to the difference between the QX10 and QX100 and we find that as the ring control, which will only be found on the QX100. Of course, following with the previous leaks that makes sense as the QX100 had already been pegged as the higher-end model of the two. The manual also lists the QX10 as weighing 105 grams with the QX100 weighing in at 179 grams.

We are fairly certain this will not be the last of the rumors on this topic, but we are looking to September 4th which is when Sony is expected to offer an official announcement.